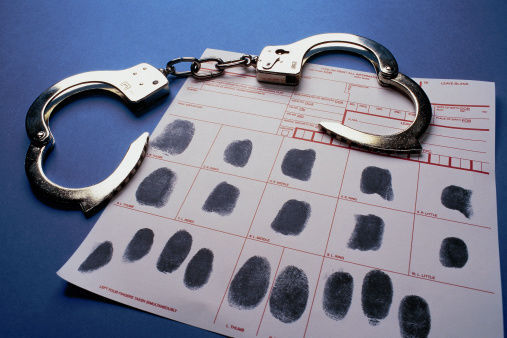 OGDEN – A mismatched license plate resulted in the arrest of two people and the confiscation of large quantities of narcotics and three illegally owned weapons, police said on indictment documents.

An affidavit from the Ogden Police Department said an officer discovered a pickup truck with an invalid license plate at Block 2200 on Kiesel Avenue. When he tried a traffic control, the driver sped away, passed traffic lights and stop signs and snaked through the traffic on the opposite lane, according to the affidavit.

As the chase continued in West Ogden, the pickup truck turned north on B Avenue and, according to the affidavit, nearly collided with an officer’s southbound car.

The pickup pulled into an apartment parking lot on 500 West Block on 24th Street, and Zarazua got out and held up his hands, the affidavit said. Prosecution documents for Avila alleged she ran out of an apartment, yelled at the police and ran to prevent the arrest of Zarazua.

“When Zarazua got out of the vehicle, Avila ran to the vehicle, took the keys and closed and locked the door, stating that it was their vehicle and that we did not have the right to search it,” said their affidavit. She allegedly refused to hand over the keys and then resisted arrest, the document says.

According to police, Zarazua had a belt holster and a bag of bullets in a pocket. After police received a search warrant, police searched the truck and said they found a gun in the passenger seat, two other guns elsewhere in the vehicle, and large amounts of methamphetamine, heroin and marijuana. According to an affidavit, drug trafficking items were also found during the search, including scales and plastic bags, as well as large amounts of cash.

Avila is charged with obstruction of justice and the offense of disturbing an arresting officer and possession of drug paraphernalia.

25 cities in the best position for growth and recovery