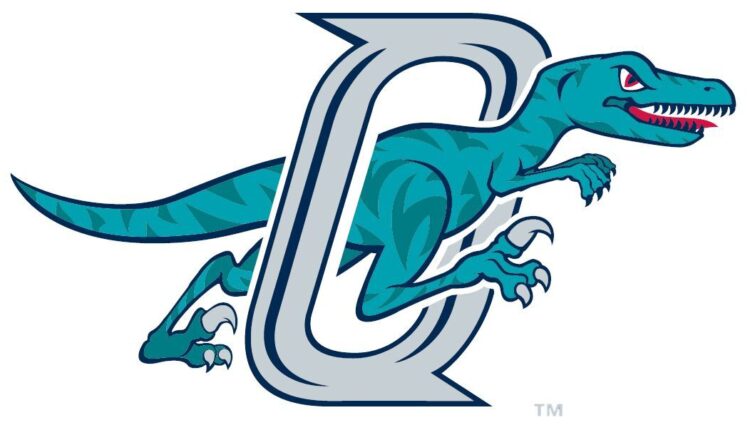 Ogden Raptors rally to force derby at 9-9, lose to Owlz 1-0 in Knockout Round | News, Sports, Jobs

OGDEN — After the Ogden Raptors staged a rally that sent Thursday’s game tied 9-9 — and an excited crowd of 5,065 fans — to the season’s first Knockout Round, the Northern Colorado Owlz claimed victory with a 1-0 decision in the Knockout derby at Lindquist Field to end Ogden’s five-game win streak.

A rally in the final two innings erased a five-error night for the Raptors. Trailing 9-5 in the eighth, Raptors outfielder Anthony Ray singled in a run and outfielder Reese Alexiades followed by lining a single to left that skipped hard over NoCo’s Ty Lewis at third base, scoring two runs to make it 9-8.

In the ninth, Ogden third baseman Jesus Valdez led off with a single to right field against Owlz pitcher Gaylan Young. After taking second on a wild pitch, Valdez scored when outfielder Pat Adams blasted a single through the middle to tie it 9-9.

Adams also took second on a wild pitch and the winning run was in scoring position with no outs. Sonny Ulliana grounded out to short and Adams had to stay put, then catcher Andrew Noviello — who hit a two-run homer in the fourth — grounded out to second base, moving Adams to third.

After several foul-offs in a battle with Young, second baseman Dakota Conners popped out to first base to end regulation.

Though it’s the second year of the Pioneer League’s Knockout Round home run derby to decide tied games, the rules changed this season. Each batter gets two minutes or five outs, whichever comes first, to hit as many home runs as possible. Any swing that does not result in a home run is an out.

Northern Colorado sent Young, who had surrendered the lead on the mound, to the plate as its knockout swinger. Young put a charge into several balls that he yanked well foul to the left side, but did line his third swing over the wall in left field for one homer.

Ogden designated Alexiades as his knockout hitter and he failed to hit one out. He sent his first swing in the air to center but short, and his subsequent swings were harmless liners to the outfield.

The Raptors fell behind 4-0 in the first inning, highlighted by a two-run double from Owlz catcher Robbie Kellerman against Ogden starter Christian Day.

After Noviello’s homer cut it to 5-4 in the fourth, errors helped the visitors find another cushion in the top of the fifth. Ogden shortstop Fox Semones made two throwing errors on ground balls, helping the Owlz to a 7-4 lead.

Alexiades led off the bottom of the fifth with a long solo homer to straightaway center to make it 7-5, and that was all until Ogden began rallying in the eighth.

The two teams continue the series Friday through Sunday at Lindquist Field.

Between games Wednesday and Thursday, the Ogden Raptors traded pitcher Kida De La Cruz to the Owlz for a player to be named later. De La Cruz — the imposing, 6-foot-6 right-hander who was a relief pitcher for Missoula and Ogden last season — converted to a starter this season. In two starts, he totaled 6 2/3 innings, allowing five earned runs, seven hits and striking out four while walking four. He was seen Thursday in uniform in the Owlz bullpen.

Ogden star outfielder Josh Broughton was out of the lineup due to a thumb injury suffered late in Wednesday’s game when he chased a ball to the right-field corner and his hand hit awkwardly on the wall in foul territory as he came to a stop. He’s expected to recover but needs time to recover some swelling, the team said Thursday.