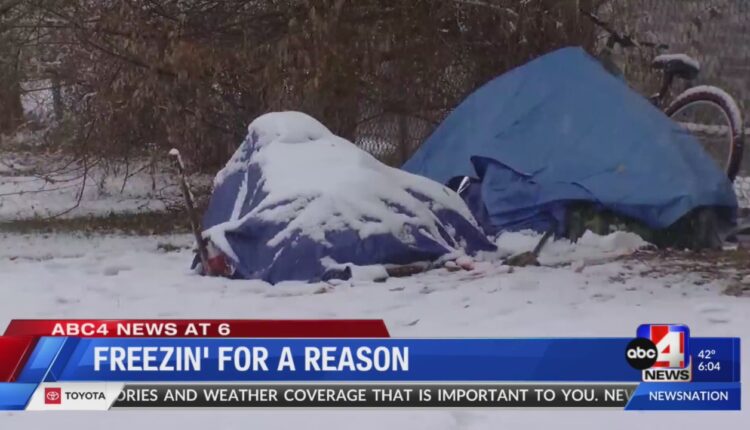 Ogden youth to sleep outside in cold for homelessness

OGDEN, Utah (ABC4) — What’s it really like to face Utah’s winters without a home? For the fifth year running, a group of local youths are finding out firsthand, sleeping in the elements to prove a point and to raise money for charity.

Youth Futures’ UT SleepOut event is set for tomorrow, Saturday, Nov. 5 in Ogden despite the frigid temperatures. Participants, who are being sponsored to sleep outside, won’t have much to keep them warm – just like so many homeless people in Utah.

“You get a free piece of cardboard,” said participant Shilyn Alex, who is preparing for her fifth year in the event. “That’s it. You bring your own sleeping bags, coats, gloves … I only made it out all night one year, and it was really, really hard.”

Alex described his attempts to sleep outdoors in the freezing temperatures as bone-chilling.

“You don’t feel like your body can move very well at times, and you just have to take a break and go warm up for a minute,” she said. “I can’t even imagine what it’s like for the youth, the teens, that are outside doing this at the same time we are.”

This year, participants will be joined by members of the Weber County Sheriff’s Office. The sleepout raises money for Youth Futures, an organization that opened its doors in 2015. Up until then, homeless shelters for youth were not allowed in Utah. The organization’s founders worked with local lawmakers to change that, and Youth Futures became the first youth homeless shelter in the state.

“People don’t realize that right here in Utah over 5,000 youth — that’s the estimate — spend at least one night on the street every year,” Youth Futures Community Development Coordinator Cheri Bambrough said. Hundreds stay the night at the shelter, she said, but more still need help.

Youth Futures is both a shelter and resource center for kids ages 12 to 18. The Ogden location was the first the organization opened. The second was opened in St. George and the third opened earlier this year in Cedar City.

Youth Homelessness: You don’t have to be wealthy to help others you just need to care

The goal of the shelter is to reunite all kids with their families and to keep them safe until that happens. This is something the sheriff’s office supports.

“There are kids who are homeless but that doesn’t mean they’re in trouble,” Weber County Sheriff’s Office Sgt. Cameron McCarty said. “They don’t need to go to a lockup or a detention unit, they just need a place to get out of the weather and Youth Futures works diligently on that part.”

“And with this event, we’re not only showing them that it takes a village to support them, but that the village is going to be here to suffer with them if they have to,” Shilyn Alex added.

Next weekend, participants will host another SleepOut in St George.