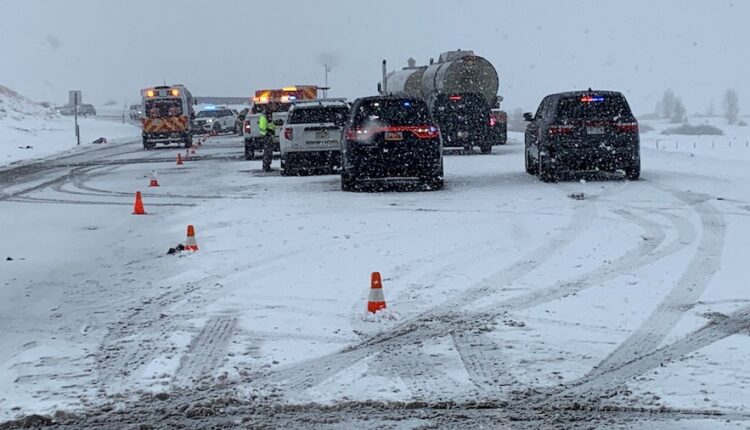 One dead after head-on crash near Strawberry; US 40 closed

WASATCH COUNTY, Utah — One woman was killed and multiple children suffered minor injuries in a head-on crash near Strawberry Reservoir.

The crash happened around 11 am Tuesday when a westbound Toyota Camry crossed into the eastbound lane and struck a GMC Yukon.

“It’s a very dangerous stretch of road,” Sgt. Steve Matthews with UHP said. “We have a lot of accidents and a lot of incidents out here, especially when it’s snowing,”

This is video of some of the traffic backed up for nearly 4 miles. pic.twitter.com/ZBZvfy6k8x

Roden said the driver of the Camry was killed while a few children in the Yukon suffered minor injuries.

“They had minor injuries from what we know right now,” Matthews said.

No cause for the crash has been given, but Utah Department of Transportation cameras in the area showed low visibility along US 40. Troopers anticipate reopening the highway around 1:30 pm Tuesday.

UHP says the woman who died was 20 years old from Vernal. The vehicle she hit, there were six people in it, including four children. All were taken to a hospital but are expected to be okay. Investigators say there was a lot of heavy snow at the time of the crash. pic.twitter.com/59nk7W93h9

The victim was identified Thursday as 20-year-old Lauren E. Reynolds, of Vernal, Utah.

When will construction end on Salt Lake City’s 300 West?