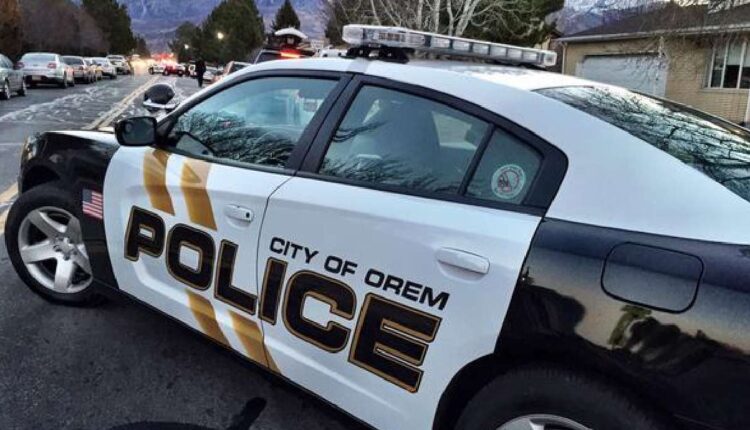 An Orem man pleaded guilty on Nov. 14 to causing the deaths of two BYU students by driving recklessly and hitting their vehicle. (Derek Petersen, KSL-TV)

PROVO — An Orem man pleaded guilty on Nov. 14 to causing the deaths of two BYU students by driving recklessly and hitting their vehicle at nearly 80 mph on a city street.

On Oct. 15, 2021, Castellon-Flores was driving on State Street in Orem, when he collided with another vehicle at 400 South.

Hailee York and Ashlynn Hanzon died as a result of the crash. Both York, of Lehi, and Hanzon, of Pearland, Texas, were 21 years old. The driver of the car was hospitalized but did not have life-threatening injuries.

In his plea statement, Castellon-Flores admitted to recklessly causing the death of two individuals and causing bodily injury or risk to another person. The signed statement said he was running late to meet a friend for tacos and was using his phone to send messages on Snapchat.

Castellon-Flores admitted he was traveling 67 mph in a 40 mph speed limit zone and accelerated to 77 mph to get through a yellow light.

“Had the defendant been traveling 69 mph or less, instead of accelerating to 77 mph, there would have been time for the victims’ vehicle to clear the conflict area prior to the arrival of the defendant’s vehicle,” the statement said.

It said the decision of the driver in the victims’ car to turn left crossing Castellon-Flores’ path was consistent with typical driver decisions, and it would have appeared like they had enough time to turn based on how far away the car was.

Castellon-Flores had lived in Utah for at least four years prior to the crash, but did not have a Utah driver’s license, he admitted in the plea.

Castellon-Flores is scheduled to be sentenced on Jan. 13. Each charge carries a possible sentence of up to five years in prison.