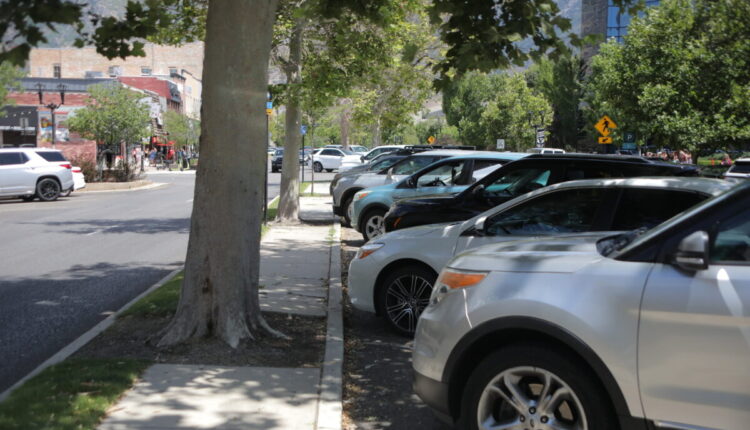 Parking has been a decades-old problem for downtown Provo, with various solutions having been used over the years. On Tuesday, the Provo City Council heard from Tom Thorpe, parking manager in the Development Services office, about what can be done to alleviate the issue.

Thorpe presented the council with ideas on how to make parking better along the often-busy section of Center Street in downtown.

According to Thorpe, there are 349 stalls available on Center Street free with a two hour limit. The street is patrolled, but business owners are asking for more.

Currently, the Center Street area is patrolled until 6 pm while other areas of the city are patrolled until 10 pm According to Thorpe, occupancy is 85% during evening events, which is considered full. That includes events happening on Brigham Young University’s campus several blocks away.

Thorpe mentioned the wayfinding program that was put in place a few years ago for parking in downtown. He said it provided some directional signage and parking indicators, but was never completed.

“Our wayfinding efforts have improved parking use, but its not completed,” Thorpe said. “Planning estimates the project is less than 50% completed. The estimated cost for completion is approximately $300,000.”

Thorpe said bids are being sought to complete the wayfinding project, and that may bring the total price down. For budgeting purposes, he told the council to break the cost into three to four years for completion.

Thorpe suggested the Parking Authority operate garages, of which the city only owns one at the Marriott Hotel. However, the city could negotiate with other owners.

It was also suggested that parking information around downtown and throughout the city, particularly at the new airport, be added to the ParkProvo app.

The future of Center Street will most likely include a re-construction project of the area with Public Works as a partner. Paid on-street parking, as well as the addition of EV fast charge stations, are also potential possibilities.

In the past, there has been some suggestion that Center Street, from 500 West to 100 East, become a walkable plaza-style downtown with parking behind and along the fringe of the area. The idea was not a part of Tuesday’s discussion.

The council is taking Thorpe’s information into consideration.

NASA now has a team looking into UFOs