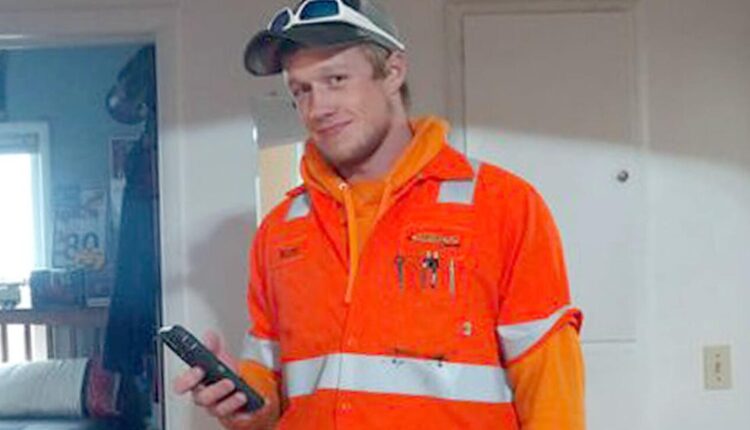 ST. JOSEPH — Tatman’s Towing owner Jim Hampton said Ross Booker crammed more in his 20-plus years of life than many people three times his age are able to do.

Mr. Booker, who would have turned 21 this month, died March 6, a day after he was hit by a vehicle while preparing to tow another away from an accident in south Champaign.

He had worked for Tatman’s for about a year and was preparing to start an internship as a diesel mechanic with Ryder Truck Rentals after completing the requirements for Parkland College’s Diesel Power Equipment Technician program.

Last week, his family was notified that trustees had approved awarding him a posthumous honorary degree.

That degree is just one of the ways Mr. Booker, of rural St. Joseph, will be honored.

His mother, Marita, who said her son was scheduled to begin his internship at Ryder in mid-March, said an endowment has also been set up in his name at Parkland.

“We’d also like to do something for FFA (at St. Joseph-Ogden High School, where he graduated), 4-H,” she said. “Whatever Ross had his hand in, we’re going to be volunteering in.”

She said Prairieview-Ogden Junior High, which Mr. Booker attended, is also set to hand out an award May 9 in his honor.

“This St. Joseph community is the best community to be a part of,” she said, adding that her husband, Dave, her son, Anthony, “and I and our extended family are beyond grateful, blessed and lucky to be a part of this community.”

“We’ve had people in their 70s who said, ‘We’ve never seen a community like yours,'” she said. “It’s got to have a God-centered faith and God-centered love. We’re overwhelmed by the amount of love poured out and over us by this community.”

Marita Booker estimated 1,200 to 1,500 people came to her son’s visitation, which started at 4 pm and was due to end at 7 pm but lasted another three-and-a-half hours due to the influx.

His brother Anthony, who said they were close despite being five-and-a-half years apart, said Mr. Booker didn’t care much for book learning. He’d rather be out getting his hands dirty.

“It kind of cracked me up the differences in people,” Anthony said. “He could barely make it through the two years, and here my fiancée will have been in school for 11 years. I said, ‘Ross, just a little bit longer.’

“He was definitely not one for the classroom setting. I think he liked to be involved and in the middle of everything.”

Ross had been a volunteer with the St. Joseph-Stanton Fire Department for about a year, his mother said.

Hampton called Mr. Booker “awesome, one of the kids that you’re really fortunate to have as an employee, as a teammate.”

“He had a great attitude and a great outlook on life,” he said.

Hampton said Mr. Booker loved “the adrenaline rush for what goes along with towing, working on the highways.”

“He loved the customers. He touched a lot of customers,” he said. “After Ross passed, we’ve had a lot of customers he did help give their condolences on social media, and we had people donate to the Ross Booker Scholarship Fund at Parkland.”

Marita Booker said her son wasn’t afraid to put things into perspective for those who had been in accidents.

“He saw a mom kind of threaten her kid about driving” after the son had been in a wreck, she said. “He told her, ‘Just be glad he’s OK.’

“He was 20 at the time giving wisdom to a mom who should have been glad her son was OK.”

Marita Booker said she tried to pass that along to her sons when they would ding the car: Material things can be replaced; it’s people who are important.

Her son was also noted for his woodworking ability, building a kitchen table for the family in his father’s shop. He also did landscaping.

“He had a phrase for that business: ‘If you want your landscaping to be a looker, call Booker,'” his mother said.

Hampton said while Mr. Booker was set to intern at Ryder as a diesel mechanic, he also intended to keep working part-time for Tatman’s.

Not long before he was due to start at Ryder, “the guys were having fun with him and calling him ‘short-timer,'” Hampton said. “He said: ‘I’ve got a surprise for you. I’m going to stick around.’”

Anthony Booker said his brother was a “hard worker and stubborn at times. He was very caring and always a happy camper. I talked to him every day.”

Anthony said he was excited for his brother to experience the “next things coming up in his life — where he’s going to go, who he’s going to work for, what he’s going to do, what awesome opportunities were going to be presented to him. ”

Anthony and fiancée Cassie will be married June 17. Mr. Booker was to be best man.

“It’s definitely like an empty spot now,” his brother said.