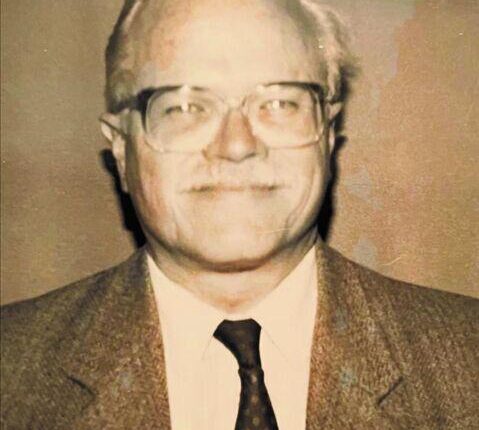 Paul Roger Thomas was born on November 30, 1940 in Takoma Park, MD, the youngest of three sons to Dessie and Edwin Thomas. He died on Saturday, July 24, 2021, at Utah Valley Hospital of complications from treatment for pancreatic cancer.

He grew up in Virginia and New Jersey, where he learned to work hard, appreciate Christian teachings, develop musical talents, and have a love of the outdoors. In 1957 he moved to England with his parents. He attended London Central High School, where he met Sandy Johnson, another expatriate. Together in a performance by Blithe Spirit, they fell in love. Paul shared his faith with Sandy along the way, and she was baptized into Latter-day Saints of Jesus Christ. After he and Sandy served their missions abroad, they were married on June 21, 1963 in the Salt Lake Temple.

The following year he graduated from BYU and accepted a position with the Civil Service Commission in Washington, DC. The first of four sons (John) was born while they were living in Arlington and the second (Geoffrey) came while Paul was doing his Masters in English from the University of Virginia. The young family moved from Charlottesville to Laie, Hawaii, where Paul taught English at the Church College of Hawaii. Two other sons (Jason and Justin) joined the family in Hawaii for six years. To support this growing family, the professor completed undeclared work in the installation of air conditioning systems, in the maintenance of sewage treatment plants and in quick-reading courses for military personnel.

England waved again and the family moved to York. He received his PhD in English from the University of York with a focus on medieval literature. Paul joined the Provo faculty in 1980 and taught thousands of students for the next 26 years. He loved to sing in the Ralph Woodward chorals as well as in church choirs. He founded the Chaucer Studio at BYU, which continues to uncover medieval literature and music for scholars around the world. Summer stays in England became so regular that Paul and Sandy bought an apartment in Oxford. Both served faithfully in the Church, whether in their Provo or Oxford ward, which they adopted for part of the year.

Paul was a hardworking, sociable, and compassionate son, brother, husband, father, teacher, colleague, mentor, and minister of the gospel. Above all, he was and is a faithful disciple of Christ who left this life in the hope of a promised resurrection. He leaves behind his soul mate, four sons, their spouses and eight grandchildren as well as a brother Gordon (his eldest brother Grant died in 2001), several sister-in-law, nieces, nephews and countless neighbors on both sides of the Atlantic, whose lives he forever touched .