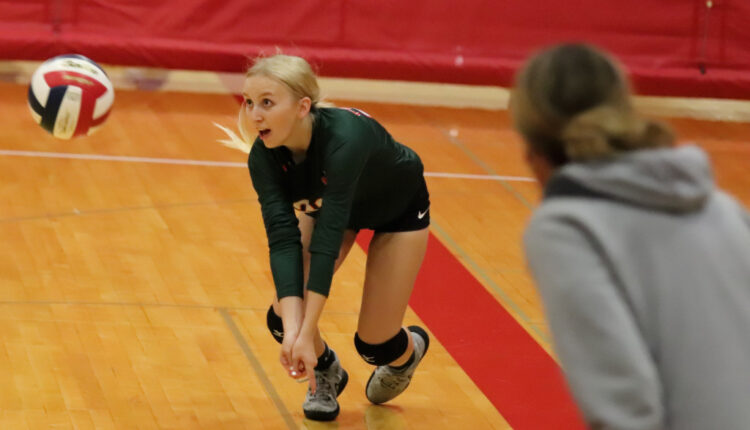 EVANSTON – Wyoming volleyball dominated the court in the annual Border Wars Evanston hosted on September 3rd and 4th. The Lady Wranglers played against opponents from Utah and Idaho and won four out of six matches.

To top the tournament off, Pinedale defeated Hillcrest High School in a three-set sweep.

Playing teams from other states, from major cities and rural areas, gave the Lady Wranglers valuable experience and confidence.

“Overall, Pinedale Varsity did a great job,” said coach Currah. “I was very proud of her – it’s been two long days. The losses we had were very close. The girls did a great job, held their heads high and learned from every game. “

The match ended in a tie-break with Waterford two points ahead of the win, 17-15.

Pinedale finished the day against Providence Hall High School in Herriman, Utah. The Lady Wranglers held their momentum and defeated Providence in two quick sets, 25-18 and 25-14.

At the start of the day, Pinedale defeated the South Summit High School squad of Kamas, Utah in straight sets, 25-18 and 25-14.

Inspired by three victories, the Lady Wranglers faced Grace, Idaho. The tournament organizers switched the format from Best of Three to Best of Five and the Lady Wranglers did not know that an endurance test with five sets was imminent.

“The game that showed the determination and heart of the team (at the tournament) was against Grace,” said coach Currah. “It was definitely a back and forth. As the game progressed, I saw a lot more speeches on the pitch, partying for each point and a lot more teamwork. It was a great game showing the girls that they can win in tight games and they are good. “

Grace took the lead after tying the set at point 11 and managed to maintain the lead despite an ace from Sandner and a string of second-year kills from Trista Covill. Grace won the first set, 25-20.

The second set became a stoker played past 25 points. Grace took the lead at point 15 and held out until Sandner delivered a kill and connected the set with 21 points. Covill sent the ball over the net at point 24. Grace went ahead one point before she got tangled up in the web. Hawke scored 26 on a block. A Rogers kill sealed the win for Pinedale, 27-26.

Grace took the third set and took an early 7-point lead. Two kills from Sandner and a pair of aces from Rogers partially closed the gap, but Grace stayed ahead and won the set 15-10.

Determined not to throw in the towel, the Lady Wranglers turned the tables and won the fourth set 15:10 to tie the match 2-2. Hawke and Harber shoot in kills, putting Pinedale in the lead. Grace sat upstairs before Rogers served an ace and connected the set with six points.

Kills by Sandner and Covill put Pinedale in the lead. Hawke slammed over point 13. Senior Darby Clause served an ace for point 14 and Rogers gave a kill and game point.

Both teams tossed all of the chips on the table in an all-or-nothing fifth set. Grace recovered from a failed serve and took the lead, four points behind. Harber, Rogers, Sandner and Covill closed the gap in one point.

Hawke blocked Grace’s attempt to get the ball over the net and tied the set with seven points. Grace scored again, answered by a hit from Covill. Hawke started a series of kills that brought Pinedale to the top.

Clause served two strong aces and brought the Lady Wranglers to 14 points. Junior Sara Kunard, who selflessly served the team as the sweeper throughout the five-set marathon, nudged the ball at Reagan Davis in his sophomore year. Davis put the ball for Rogers to make the kill and game point.