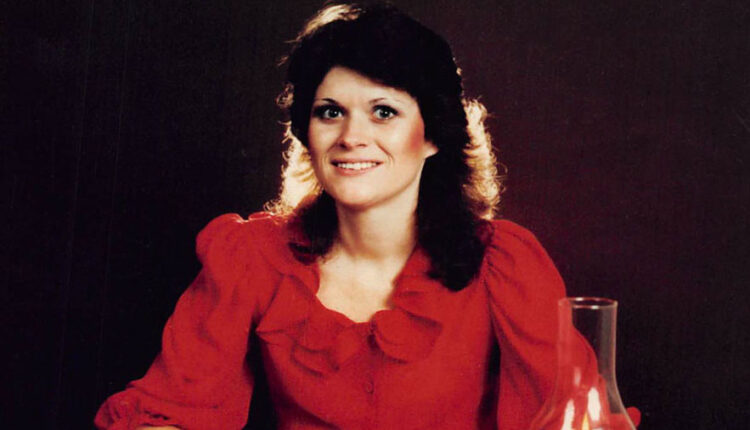 LAS VEGAS — A missing woman’s car surfaced behind a casino hotel on the Las Vegas Strip in November of 1985. Now, a timecard from Weber State College in Ogden, Utah and an airline timetable are providing a possible explanation of how the car might’ve ended up there.

KSL’s podcast series, COLD, has uncovered the evidence while investigating the unsolved cold case disappearance of Sheree Warren. Her case is the focus of COLD’s third season, which launched Tuesday exclusively on the streaming service Amazon Music.

Warren, 25, was last seen by a coworker leaving an office building in Salt Lake City on the evening of Oct. 2, 1985. Warren had told her parents and the coworker she intended to meet her estranged husband, Charles Warren, at a nearby car dealership and give him a ride to his home in Ogden.

A largely forgotten woman, Sheree Warren, has occupied my thoughts for the last year. She, like Susan Powell and Joyce Yost, should still be with us today. Join me on the journey to uncover truth about what happened to Sheree. https://t.co/HPT0jrBawT

That rendezvous didn’t happen. Sheree Warren has not been seen since. Police suspect someone murdered her, but Warren’s remains have never been located and no criminal charges have ever been filed in the case.

Sheree Warren had filed for divorce from Charles Warren in May of 1985 and moved out of the home he owned in Ogden. Sheree Warren moved in with her parents in the suburb of Roy after separating form her husband and was still living with them at the time of her disappearance.

Charles and Sheree Warren had a three-year-old son together, who they were splitting custody of while divorce proceedings were ongoing.

On the morning of her disappearance, Sheree Warren met her estranged husband to exchange custody of their son before heading to work in Salt Lake City. Sheree Warren told her mother that day she expected to pick her son up from Charles Warren at the end of her workday, after which she and her son would return home for dinner.

“He worked for the railroad,” Bell said in an interview for COLD in 2022.

Bell attempted to call Charles Warren at the Southern Pacific rail yard in Ogden where Warren worked as a clerk, but discovered Warren wasn’t there.

“He had taken some time off,” Bell said.

Bell also attempted to contact Charles Warren at his home in Ogden on Oct. 3, 1985, but no one answered Bell’s knock at the door.

While Bell wasn’t able to immediately make contact with Charles Warren, he was able to get in touch with a man Sheree Warren had started dating while separated from her husband. That man, Cary Hartmann, was a former reserve officer for the Ogden City Police Department.

Bell called Hartmann and asked him to come to Roy police headquarters for an interview only a couple of hours after Sheree Warren’s mother first reported her missing. COLD obtained former detective Bell’s case notes, which have not previously been publicly released. The notes say Hartmann arrived for the interview at approximately 2:45 pm

Hartmann reportedly told Bell he’d spent the evening of Sheree Warren’s disappearance at a bar called Sebastians in Ogden. Bell’s notes said Hartmann claimed he’d made plans to meet up with Warren later that night at his apartment on Ogden’s 7th Street.

“[Hartmann’s] story was she never showed up,” Bell said. “That’s supposedly when Cary got concerned.”

In a subsequent conversation days later, Hartmann told Bell he’d heard Charles Warren had threatened Sheree Warren in a dispute over alimony or child support a short time before her disappearance.

“Cary was feeding me full of information about [Charles Warren],” Bell said. “I could see where he could be getting that information from Sheree.”

Detective Jack Bell met with Charles Warren on the afternoon of Oct. 4, 1985, almost 48 hours after Sheree Warren was last seen in Salt Lake City. Bell’s notes said Charles Warren claimed to have no knowledge of what had happened to his wife.

“I was surprised to find out that he was back with his ex so soon after him and Sheree had split up,” Bell said.

Bell’s notes said he also talked to Mercer, who confirmed Charles Warren’s alibi. Bell remained unconvinced and requested both Charles Warren and Alice Mercer to undergo polygraph examinations. Both initially indicated they were open to a so-called lie detector test, but later refused to cooperate.

“I wasn’t surprised when [Charles Warren] backed out,” Bell said. “He seemed just concerned about child support, how much he would have to pay.”

Detective Jack Bell had two persons of interest, but no clear indication as to which of them might’ve harmed Sheree Warren.

“That opened up a whole new can of worms,” ​​Bell said.

Bell suspected one of his two persons of interest might’ve driven the car to Las Vegas the night Sheree Warren disappeared, or the day after. Bell believed Charles Warren, in particular, had the opportunity to move the car.

“Working for the railroad, he had a train pass and could’ve rode the train back,” Bell said. “There was no way to prove that. That’s one thing I was going to ask Alice [Mercer].”

Bell’s theory was also complicated by the fact Southern Pacific did not operate a route between Ogden, Utah and Las Vegas, Nevada. That rail connection belonged to another company, Union Pacific.

Sheree Warren was last seen in Salt Lake City at about 6:30 pm Mountain. It would not have been possible for someone to drive the more than 400 miles from Salt Lake City to Las Vegas and arrive in time to board The Desert Wind back to Utah that same night.

“But anybody could’ve taken the car down and come back on the bus,” Bell said.

In 1985, Union Pacific, Amtrak and Greyhound all operated from the area surrounding the Plaza Hotel and Casino in Las Vegas’ downtown district. The Aladdin, where Sheree Warren’s car had surfaced, was five miles away at the southern end of the Las Vegas Strip.

COLD obtained a Western Airlines timetable covering the date of Sheree Warren’s disappearance. It showed someone could’ve driven Sheree Warren’s car to Las Vegas on the night of her disappearance and boarded a 7:15 am flight the following morning bound for Salt Lake City. The flight would’ve arrived in Utah around 9:20 am, more than two hours before Sheree Warren’s mother first reported her missing.

But COLD has obtained copies of Hartmann’s timecards from his job at Weber State College. The timecard for October of 1985 showed Hartmann took 8 hours off work the day after Sheree Warren disappeared.

Hartmann has not provided the police with an explanation for the discrepancy between his account and what his timecard showed.

Taken together, the timecard and airline timetable suggested Hartmann had opportunity to take Sheree Warren’s car to Las Vegas on the night of her disappearance and return to Utah by plane before meeting with Roy City police detective Jack Bell on the afternoon of Oct. 3, 1985. Bell had not been aware of Hartmann’s timecard or the airline timetable at that time, or later when Sheree Warren’s car surfaced six weeks later. The timecard only came into police hands in 1987, following Hartmann’s arrest in a different case.

“I missed quite a bit to start with because Cary wanted me to miss that and go after [Charles Warren],” Bell said.

Hartmann declined to speak with COLD, referring questions to defense attorney Jonathan Porter. Porter did not respond to an email from COLD seeking comment.

The Colorado River in Utah: Past, present, and future