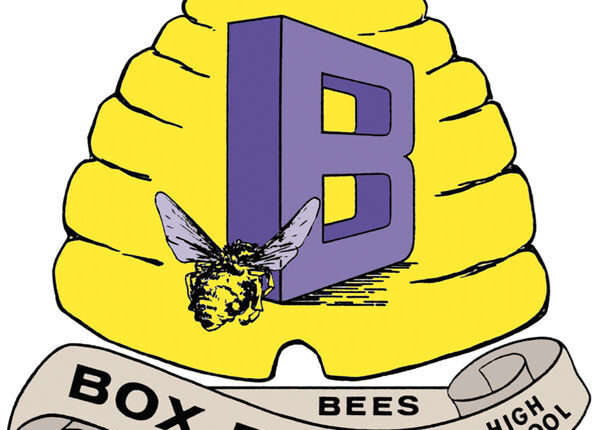 BRIGHAM CITY — Ryan Griffin lofted a 6-yard touchdown pass to Tallin Chappell as time expired for halftime, and that proved to be the start of a Box Elder rally as the Bees claimed a 55-31 win over Viewmont in Friday night football action.

That score put Box Elder (5-1, 2-0 Region 5) up 21-19 and the Bees got the ball to start the second half. Easton White ripped a 61-yard touchdown run for a two-score lead and BE ultimately outscored Viewmont 41-12 in the final 30 minutes, 1 second of the contest.

But Cole Mortensen returned the ensuing kickoff 94 yards for a touchdown and Box Elder was again up two scores. Mortensen also had a 39-yard TD run to open the game’s scoring and was 7 of 8 on PAT kicks.

Griffin threw the short TD to Chappell and a 39-yarder to Mason Jeppsen. Jeppsen ran in a 21-yard rushing touchdown.

After Jacobs scored Viewmont’s final TD to make it 42-31 midway through the fourth, White scored on a 28-yard rush and Daxton Sumko capped the scoring with a 61-yard touchdown run.

Lawson Jarrett returned an interception for a score and Adam Wilson booted a 37-yard field goal.

KEARNS — Colby Frokjer threw two touchdown passes and Roy pulled away in the fourth quarter for a win at Kearns.

Frokjer tossed a 9-yard scoring strike to DaVon Harvey to pull Roy (4-2, 2-1 Region 2) to a 7-7 tie to open the second quarter. Kempton Christensen returned a blocked punt for a score, then Harvey recorded a 20-yard pick-six to give the Royals a 21-7 lead with 9:37 left in the half.

Frokjer hit Robert Young from 13 yards out to give Roy a 28-17 fourth-quarter lead, then Logan Cella scored on a 10-yard scamper for the final tally.

FARMINGTON — Easton Wight found Ben Stucki in the end zone for a game-winning, 38-yard touchdown pass with 4:11 left in the game as Farmington grabbed a comeback win over Layton.

Taylor Egbert got Layton (3-3, 0-3 Region 1) on the board with a 27-yard field goal late in the second quarter. Tyler Wensel hit Elias Parkinson for a 12-yard scoring strike early in the third quarter. Trey Reid returned a deflected punt 41 yards for a score to give the Lancers a 17-14 lead.

After a long Woods Cross drive, the Wildcats recovered a Jay Henderson fumble in the end zone for the go-ahead score, then Henderson scored on a 4-yard scamper with 3:33 left in the game to cap the scoring.

Malakai Williams tossed a first-quarter, 25-yard scoring strike to Jaxon Fresques to open the scoring for Northridge (2-4, 0-2). Williams found Malu Lumpkins from 16 yards out to tie the game with 8:01 left in the first half, then scored on a 16-yard run to give the Knights a 21-14 lead at the half.

LOGAN — Tydon Jones rushed for 198 yards on 23 carries and Bear River used a strong run game and two touchdown passes to grab its first region victory in a convincing win at Logan.

Ryker Jeppsen connected with Owen Olsen for two touchdowns (38 and 7 yards) for Bear River (2-4, 1-1 Region 11). Tydon Jones scored on runs of 37 and 76 yards. Jeppsen added two rushing touchdowns, from 4 and 2 yards out.

Jeppsen completed 10 of 16 attempts for 158 yards and two scores, adding 77 rushing yards. The Bears forced four turnovers while committing none.

Gunnar Lish scored on a 4-yard run and Turner hauled in a 33-yard Despain pass to give Morgan a 28-0 lead after three quarters. Lish scored on a 1-yard plunge and, after a Juan Diego field goal, Porter Anderson scored on a 2-yard run to cap the scoring.

Despain completed 23 of 35 passes for 278 yards, three touchdowns and three interceptions. Lush rushed for 67 yards. Turner had eight catches for 117 yards, and Lincoln Gilson hauled in nine passes for 109 yards. The Trojans held the Soaring Eagle to 32 rushing yards and outgained JD 395-158.

BOUNTIFUL — Elizabeth Jensen scored a golden goal off an Ashlyn Price assist in the third minute of extra time to keep Bonneville unbeaten in a win at Bountiful.

Kayla Campbell had a goal and an assist for Bonneville (12-0, 6-0). Ashlyn Bardwell netted once and Sadie Beardall had an assist.

Counties with the highest unemployment rate in Utah | regional news