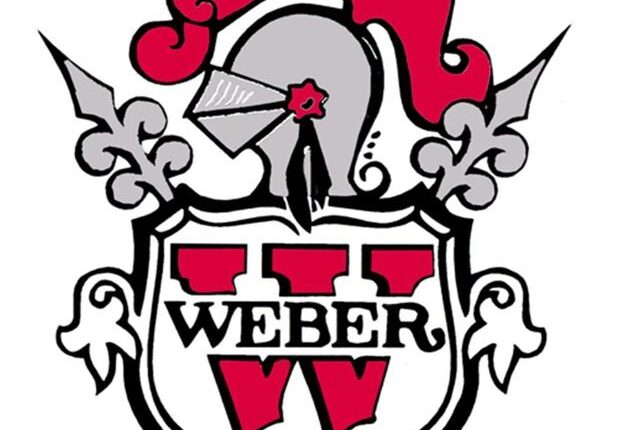 PLAIN CITY – Stockton Short neatly conceded for the 13th time and Weber High Boys Soccer scored four goals in the first half to make a perfect regular season with a 7-0 win in Fremont on Tuesday (5-11, 4-10) to end.

Brayden Bennett scored a hat trick for Weber (15-0, 14-0 Region 1). Colby Lee scored one goal and had four assists. Quayden Berry, Raul Rojas and Jayden Nordfors each scored one goal. Carson Karras had two assists and Jake Youngberg had one.

CLEARFIELD – Taggert Ralphs scored the golden goal in the 99th minute and led Clearfield past Northridge.

FARMINGTON – Alix Thaxton struggled 3-4 with an RBI and Davis scored four insurance runs in run six to take a win outside of the region at Farmington.

Laney Tuft scored a double and scored two runs for Davis (5-14). Aubrey Noriega drove in two. Nina Attanasio threw a full game, allowing 10 hits, but only one run to victory.

Courtney Christiansen scored a triple and a double for Farmington (14-7). Paige Herbon finished seventh in Christiansen.

BOUNTIFUL – Shambre Maestas scored a no-hitter in the seventh inning and won with two hits and 10 strikeouts as the Bountiful Blanked Box Elder to remain undefeated in Region 5.

EAGLE MOUNTAIN – Ben Lomond abandoned 14 runs in the second inning in a 4A state round with three innings in the first round at Cedar Valley (11-11).

Ofa Arreguin and Dory Jenson each face Ben Lomond twice, the only hits of the day. Jenson’s two-digger drove at Hailey Davis and Arreguin. The Scots end the year with a 2-14 record.

Jackson Skidmore hit 3 for 3 with a double and two RBIs for Fremont (15-10). Calvin Morrow tripled, doubled and rode in one. Logan Penland and Mason Memmott scored 2 to 3 each and drove in two. Cannon Koford doubled in size.

BOUNTIFUL – Woods Cross took their share of the Region 5 Championship with a six-inning win at Viewmont.

Dax Weierman hit 3 to 3 with three RBIs for Woods Cross (17-5, 11-3 Region 5) and Cole Smith hit 2 to 4 with four RBIs. WX stole seven bases as a team and Walker Burbidge tossed all six innings, allowing for a well-deserved run of five hits and eight throwbacks.

ROY – Kaleb Saunders battled 3v4 with a doubles and four RBIs to take Weber past Roy with a loss in a Region 1 tournament.

Caleb Saunders hit 3 for 4 with a double and four RBIs for Weber (15-10). Xandon Hancock hit a homer with two runs. Braedon Roylance had two doubles and drove in two. Luke Erickson doubled in size. Carson Berensen won with 10 hits and seven hits in a full game.

Cooper beat Valencia 3 for 4 with a double and three RBIs for Roy (7-18). Ethan Oliver went 2 to 4 on an RBI and scored three runs. Teyo Gil hit 2 for 4 and drove in one. Jered Davies scored an RBI double and Sean Walker doubled.

LAYTON – Clearfield held a 2-0 lead after half an inning in a Region 1 tournament win at Northridge.

Shaydn Stoker battled 2v2 with a doubles and an RBI to lead Clearfield (12-13). Cambell Hardy hit 2 for 4 with an RBI. Jackson Yamashita went 2 for 4. Cayden Sato hit an RBI double.

Bode Wright hit 2 for 3 to speed Northridge (11-15). Jace Olsen drove into Wright for the lone run of the Knights.

LAYTON – Layton scored the only run of the game in the second inning in which Syracuse was defeated in a barn burner of a Region 1 tournament.

Jake Godfrey fought 2 for 2 for Layton (17-6). Bryce Greenhalgh went 2 for 3. Brad Greenhalgh got the other hit for the Lancers. Cam Hancock hit six and allowed six hits in the shutout win.

Isaac Marin hit 2 for 3 with a triple and a double to lead Syracuse (8-17). Wyatt Humphrey hit 2 for 2. Jackson Golder tossed a full game with five hits and six spikes in loss of bad luck.

FARMINGTON – Mason Cook battled a doubles and an RBI against 3, 4 to get Farmington past Box Elder.

BOUNTIFUL – Drew Bowles battled 2v2 with a home run, a sacrificial fly, two RBIs, and two runs to help Bountiful get past Bonneville.

Kole Minnoch scored a double for Bonneville (1-19, 0-14). Jaxon Wood and Tyler Story got the other Laker hits.

PLEASANT VIEW – Trey Talbot battled 2v2 with a doubles and four RBIs to lead Davis to a semi-final win at a Region 1 tournament on Monday.

Crew Wimmer hit 2 for 4 with a double and three RBIs for Davis (10-14). Owen Murdock hit 3 for 4 with two doubles and drove in one. Jenson Jacobs tripled and drove in two. Carter Compton scored a doubles while Nate Barker and Benson Seeley each drove in two. Trey Godfrey took the win, scoring two hits in one inning.

Gavin Douglas hit 2 for 4 with two RBIs to speed Fremont (14-10). Bridger Clontz scored a double with three runs. Logan Penland and Calvin Morrow had two hits each. Clontz took the win, allowed one hit, and hit nine in six innings.

LAYTON – Austin Tidwell was a single player at Brad Greenhalgh and set off the rule of the run in the fifth inning when Layton beat Clearfield in the Region 1 tournament one-loss round on Monday.

Carter Robinson and Greenhalgh each beat 2 to 3 with a double for Layton (18-6). Robinson drove in three and Jake Godfrey in two. Cam Day hit 2 for 3 with an RBI, beating 10 in one complete game.

Cayden Sato fought 2 for 2 for Clearfield (11-13). Cambell Hardy was named fifth for the Falcons run at Cayden Wilson.

LAYTON – Isaac Marin fought 3 to 3 and drove in three when Syracuse lost the Region 1 tournament in Northridge on Monday.

BOUNTIFUL – Drew Beck fought 4-2 with a double and the RBIs to take Bountiful past Bonneville on Monday.

CEDAR CITY – Ben Lomond gave up six runs in the fifth inning at Cedar High (9-17) on Monday after losing in the first round of a 4A state tournament.

Brady Walling fought 2 for 3 for Ben Lomond. Manuel Fraijo scored a double. Angelo Gil drove into Walling. The Scots end the year with a 6-15 record.