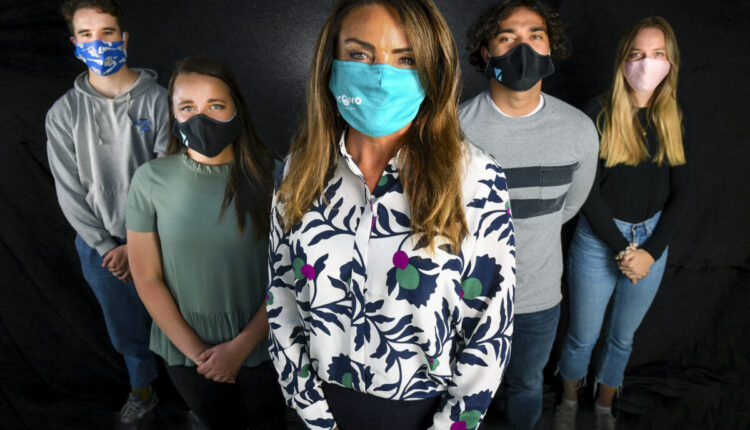 Two weeks ago, Provo Town Council asked the city council to come up with a plan to vaccinate residents against COVID-19.

On Tuesday, Mayor Michelle Kaufusi, Eric Edwards, director of the Utah County’s Department of Health, and Wayne Parker, the city’s chief operating officer, presented the council with a plan to get the job done and vaccinate residents.

Parker cited some numbers showing that as of Monday, Utah County’s residents had received 552,000 doses of the vaccine, with 261,000 people fully vaccinated. According to Parker, that’s 61% of eligible adults and 41% of the county’s total population. According to Coronavirus.utah.gov, 48.4% of the population of Utah nationwide have been fully vaccinated.

Parker found that Brigham Young University takes the lead with 76% of the faculty and staff vaccinated and 70% of the students vaccinated.

“City officials have worked with the Utah County Health Department on a draft plan in which the city can“ amplify ”the voice of UCHD in our community and invest time and resources in“ best practices ”of strategies to encourage informed decision-making on the introduction of vaccines and the easier availability of vaccines for the target population in Provo and the surrounding area “, said Parker.

The whole plan came from an email to council members received by BYU student Casey Gifford, as well as a review of other educational, outreach, and motivational tools to promote vaccine awareness and adoption.

“The Gifford memo proposed three basic approaches, two of which we are including in the plan document.” Parker noticed. The third objective, related to incentives, was not taken into account.

The two adopted objectives include:

Additionally, the administration added a few other objectives that they believe add value to the effort. These include:

“While public safety is always a top priority, it has been a constant concern during the health threats of COVID-19.” said Kaufusi. “I’m proud of the work we’ve done together to keep the citizens of Provo as safe as possible.”

“The Utah Department of Health and the Utah County Department of Health are responsible for protecting the health of the state and the county, respectively. With both their health expertise and the necessary legislative competence, we have relied heavily on their leadership role in this area, for which they were and will remain uniquely qualified. “ Kaufusi added.

According to Kaufusi, the Utah County’s Department of Health has agreed to lead a nationwide vaccination campaign, with Provo offering its resources to better ensure success.

Edwards noted that one of the next opportunities for residents to get the free vaccination is at the Rock the Canyon event on Saturday from 4pm to 6pm at Rock Canyon Park. The event is open to all residents. Those who did not receive the vaccine have the option.

Edwards also said there are other grants and options. From September 16-17, the UCHD will have a mobile vaccine unit that will travel to areas of the city where the number of vaccinated residents is lower. It will also go to places where many of the underserved residents live, including the homeless.

While the whole plan has not yet been finalized and all of the various stakeholders are still hoping to band together for further planning, the Provo administration and Edwards believe it is off to a good start and could serve as a template for other towns in the county.