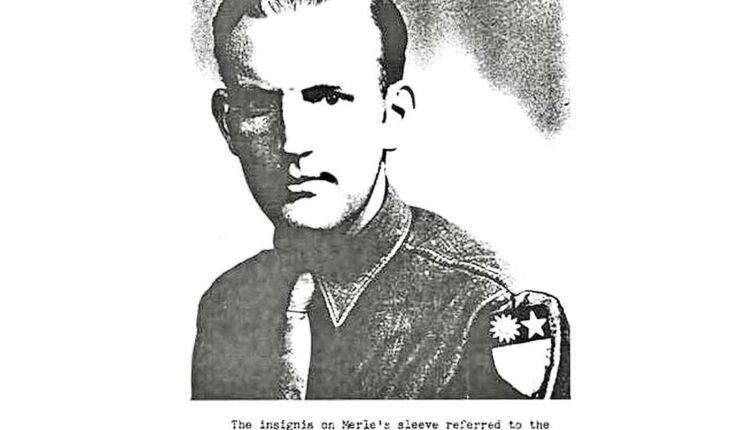 Cpl. Merle L. Pickup, 27, was one of 10 occupants on a plane that crashed due to bad weather on a ferrying mission to India.

A Provo airman killed during World War II was recently recovered by the Defense Prisoner of War/Missing in Action accounting agency.

U.S. Army Air Forces Cpl. Merle L. Pickup, 27, was stationed in Yangkai, China, as a part of the 308th Bombardment Group in May 1944, the agency stated in a news release. Pickup was one of 10 occupants on a B-24J Liberator bomber on a ferrying mission from China to India, but the plane never made it to its destination due to bad weather.

After the war was over, the American Graves Registration Service attempted to reach the reported crash site on two separate occasions in 1947, but was unsuccessful. The service determined reaching the site was too dangerous, and declared the remains of the crew nonrecoverable.

A third-party wreck hunter located the crash site in 2008 and 2010, the news release stated. They reported seeing military aircraft wreckage and possible human remains, and in March 2014, Hawaii’s Pacific Aviation Museum confirmed wreckage photographs taken at the site were consistent with a B-24 bomber.

An Indian travel and expedition company successfully reached the site in August 2019, and they recovered evidence and possible human remains. They turned over these possible remains to an agency partner of the Defense Prisoner of War/Missing in Action accounting agency.

The COVID-19 pandemic delayed the evidence’s repatriation to the US until March 2022, and scientists were able to identify Pickup using dental records and DNA analysis, according to the release.

Pickup will be buried on Dec. 17 in Provo. His name is recorded on the Walls of the Missing at the Manila American Cemetery and Memorial, but a rosette will be placed next to his name to indicate he is now accounted for.

St. Joseph-Ogden storms back to knock off Robinson 55-39