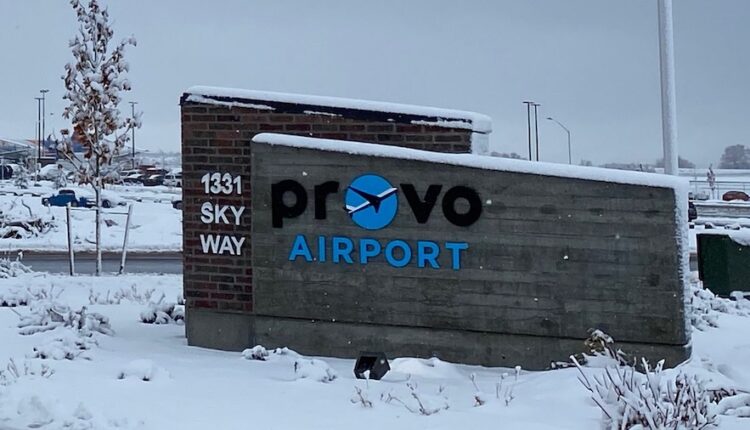 PROVO, Utah — The Provo Municipal Airport will remain closed through Wednesday as local and federal authorities investigate a plane crash that left one dead and another critically injured.

Four people were on board the plane, which crashed immediately after takeoff Tuesday morning, according to a Facebook post from Provo City Government.

The other two passengers received minor bumps and bruises.

Debris from the crash littered the main runway, holding all arrivals and departures at the airport.

One dead, one critically injured after small plane crash at Provo airport

“We recognize the significant impact this creates for our airline customers, as well as the general aviation and corporate aviation community,” said. “Our priority is to resume normal operations as quickly as possible. Unfortunately, the investigation process may take several days to complete.”

Torgersen said the airport could resume normal operations as early as Wednesday evening.

The National Transportation Safety Board tweeted that it was investigating the crash. The tweet identified the aircraft as an Embraer 505, a light business jet.

Hundreds of passengers scrambled to find a way home Monday after the crash. About 10 flights out of Provo – mostly Allegiant – were canceled. About 10 more flights heading to Provo were either canceled or diverted, Torgersen said.

Torgersen called it “pretty impactful with today being kind of the end of (the) holiday. Couldn’t have happened at a worst time for our passengers.”

Allegiant Air has canceled 12 flights flying to and out of Provo on Tuesday. An airline spokesperson said the company is “reaching out directly to passengers whose flights have been affected and offering the opportunity to receive a refund or reaccommodate with no fee to the next available flight. We are closely monitoring this situation and will make additional adjustments to the schedule as necessary.”

No cause for the crash has been released, and authorities have not identified the person who was killed in the crash.