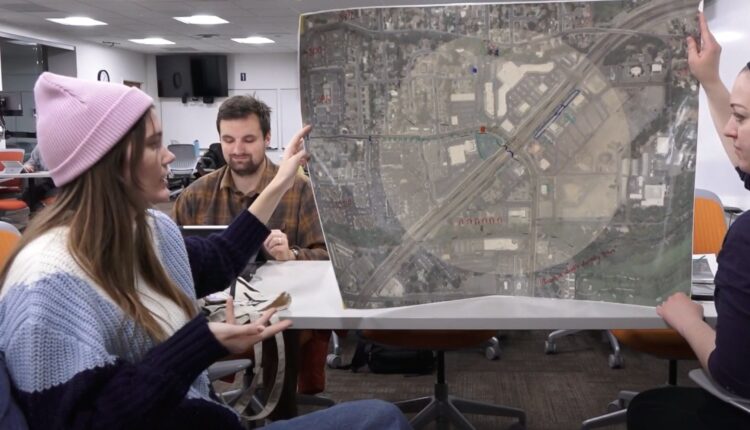 Students at BYU get involved with the world around them every year, traveling for service projects, capstones and studies abroad.

But one class is having students refine their skills in the real world, a little closer to home.

“This just seemed like a really great opportunity to get engaged with the community and have a very distinct undergraduate experience,” student Addison Graham said.

The course is based on Rowan’s six years working on the City Planning Commission.

“I really wanted them to have the kind of experience I had where they arrive in a new place, a new city, and feel like they can make contributions,” he said.

This past fall semester, students broke up into teams to develop neighborhoods around major transit stations.

The goal was to make these areas more accessible according to a new bill passed by the state.

“Determining whether a sidewalk is repaved or not has really severe consequences if you live by that sidewalk,” BYU student Laura Andersen said.

The students worked closely with current city planners, who acted as mentors for the class.

“They’re coming with new light, new eyes on something that my planner brain may not always see because I’m in the thick of it, but they add something different and bring that to the table,” Provo City planner Javin Weaver said .

The crew jumped head first into their project, skipping syllabus day to start prepping for a commission presentation that they gave just three weeks into the semester.

Andersen appreciated how working with the local community gave her a special opportunity to have a more active role, rather than only observing.

“That whole process of ideation and design and implementing feedback and then finally turning in a finished paper product,” Andersen said, “just to actually experience that has been really instrumental for future career choices that I’ll make.”

The plans will now go on to the next phase of development to make sure it meets local and state guidelines before coming back to Provo for a final writeup and vote of approval.

It’s a process that will last for the next couple years, but hopefully will be worth the wait for the students that left their mark on it.

But, looking ahead to the next year, Salzl has one piece of advice for students.

“Take the class,” Salzl said. “That is a great and easy step to get involved.”

10 Utah Cities That Should Be On Your Bucket List