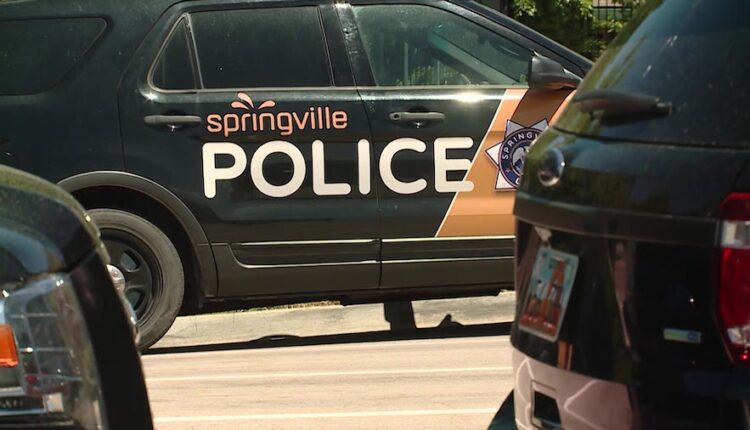 Jordan Lonnie Forbes, 22, was charged Thursday in 4th District Court with two counts of assault against an officer, a second-degree felony; failing to stop for police, criminal mischief, drug possession, and DUI, third-degree felonies, as well as other charges.

On Jan. 15, Springville police say they spotted a stolen car in a 7-Eleven parking lot with Forbes slumped forward in the driver’s seat.

“Officers were advised that Jordan might attempt to flee, so multiple police vehicles went to the scene to box in the Malibu,” according to charging documents.

After police had positioned their vehicles, two officers approached Forbes with guns drawn.

Once Forbes awoke and saw what was happening, he put his car into reverse. One officer “opened the driver’s side door and began forcefully trying to pull Jordan from the vehicle,” the charges state.

A second officer then tried to assist, but “Jordan aggressively reversed” the car and hit the front fender of a police patrol car behind him and a second vehicle, according to the charges. The two officers “were caught and dragged by the open door” of the vehicle as it backed up. Both officers received minor injuries.

Police continued to try to wrestle Forbes from his car after it collided with the other vehicles and were eventually able to pull him out and place him into custody.

In a separate court filing on Thursday, Forbes was charged with theft, a second-degree felony, for allegedly stealing the car that police found him in. Police say the theft occurred the day before.