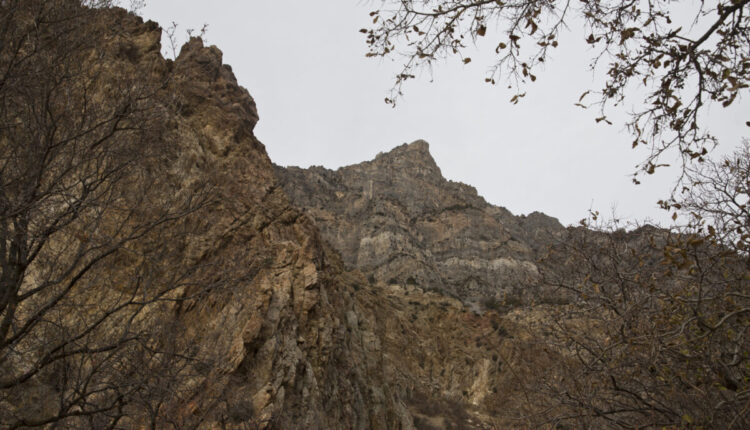 Squaw Peak is seen from Rock Canyon Park in Provo on Wednesday, Nov. 8, 2017.

After numerous movements nationwide calling for the disuse of the word “squaw,” a slur typically used to demean Native American women, the US Department of the Interior announced Thursday that, effective immediately, the word will be removed from federal use. Nearly 650 geographic features in the US were renamed, including 50 in Utah.

Deb Haaland, secretary of the Interior and member of the Laguna Pueblo tribe of New Mexico, has championed removing the word from federal use.

“I feel a deep obligation to use my platform to ensure that our public lands and waters are accessible and welcoming. That starts with removing racist and derogatory names that have graced federal locations for far too long,” she said in a press release.

New names for the geographic features were selected by a task force consisting of multiple government agencies and nearly 70 tribal governments.

While some look at Squaw Peak’s former moniker as an important part of Utah’s history, for others, the name served as a painful reminder of the dehumanization of Native American women that still takes place today.

What does the word “squaw” mean?

There are many varying accounts of how the former Squaw Peak received his name, but most of them have one thing in common, the death of a Native American woman.

According to the version of the story on a plaque that sat in Provo’s Powerline Park entitled “How Provo’s Squaw Peak Got Its Name,” the title can be traced back to a tragedy that allegedly took place in February 1850 when the wife of Old Elk, a was chief of the Timpanogos Utes, fell from the peak to her death during an altercation with a group of colonists.

Although Old Elk’s wife was reported to be young, beautiful and intelligent, settlers memorialized her death by dubbing the cliff Squaw Peak.

According to Dustin Jansen, director of the Utah Division of Indian Affairs, the word is not used among Native American people but is likely a derivative of a Native American word from the northeastern US

“It was a word that was brought over with western expansion and as people started going towards California and such,” he said. “In the early days, I had read that it had meant an industrial woman, or maybe it was part of a larger word that most people couldn’t say, so that was the part that they said.”

But as time went by, the word’s meaning evolved.

“By the 1830s, it was synonymous with prostitution or those working in that profession,” Jansen said. “It referred to Native women that offered this service outside military forts even. By the 1850s, this word, that’s all it meant. … It was a demeaning word for Native women. I think you’d be pressed hard to find a Native man that would call his Native wife a squaw. … It wasn’t a word you’d use to honor people with.”

According to Carl Moore, founder of Peaceful Advocates for Native Dialogue and Organizing Support, the word squaw is part of the dehumanization of Native people that has taken place for centuries.

“Our people are a sacred people, and we get minimized by mascots and the usage of derogatory terms,” he said. “We need to get rid of those terms because the longer that that term is in existence, the longer that dehumanization is sustained.”

Although many like Moore feel as though the removal of the word squaw from federal use is an important step in changing the narrative surrounding Native American women, the historically prolific use of the word is indicative of another problem.

Violence against Native women is so prolific that the epidemic has a name, missing or murdered Indigenous women, often referred to simply as MMIW.

“A big part of that movement is that, ‘Hey, we need to see Native women in a different way,'” Jansen said. “Changing the way we see Native women will change the way we treat Native women. So having geographical areas with this name squaw that is synonymous with prostitution, it doesn’t help.”

The Colorado River Is Dying. Can Its Aquatic Dinosaurs Be Saved? – Mother Jones