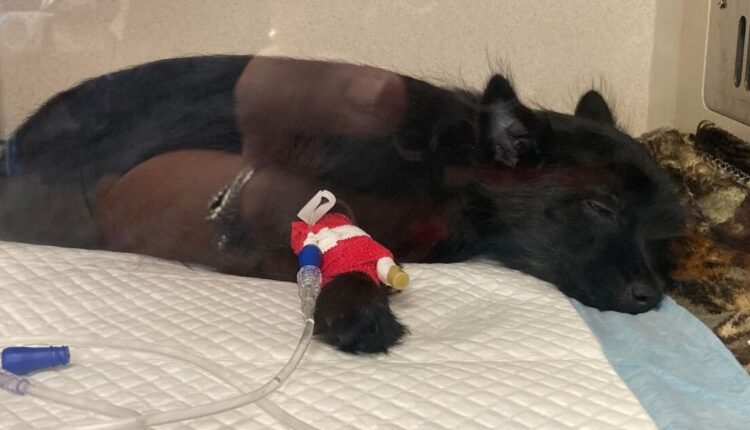 SOUTH SALT LAKE — A Utah animal shelter is trying to raise money to pay for a young puppy’s surgery after she was thrown out of a car.

South Salt Lake Animal Services posted on Facebook that the 2-month-old dog — who they named “Malin,” meaning “warrior” or “strong, little warrior” — was dropped off by someone who saw her being thrown from a car. The shelter said that was all they could say publicly about what happened to the pup.

As a result, Malin broke both of her hind legs and fractured two ribs. The shelter said her ribs will heal with time, but she will need surgery on both broken legs. They also said Sunday that she is in an oxygen tank due to lung bruising.

“She is at an amazing animal hospital and they are doing everything they can for her,” South Salt Lake Animal Services wrote.

The no-kill shelter is hoping to raise the funds necessary for Malin’s surgery.

“We would love to help her heal and then find her the best home where all she will know is love,” the Facebook post read. “This little lady has had a lot of trauma in a short time here but she deserves a chance and love.”

The shelter said Malin appears to be a long-haired Chihuahua/Pomeranian mix.

Many people in the comments on the Facebook post volunteered or inquired about adopting Malin, but the shelter said it has to keep any dog ​​they receive on a “stray hold” for five days if it’s not microchipped.