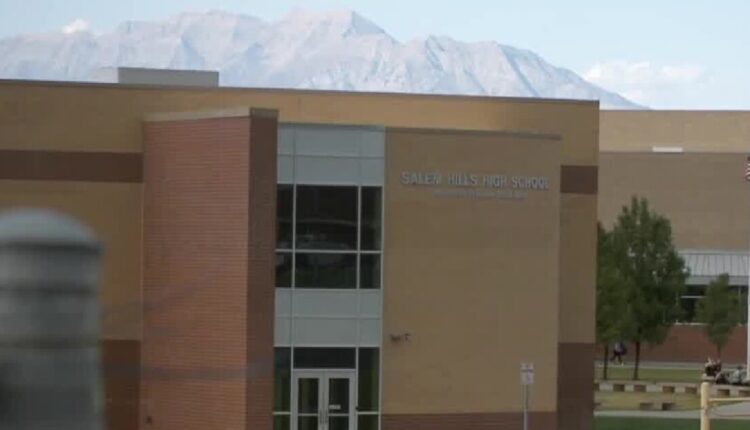 SALEM, Utah — Girls from Provo and Salem Hills’ soccer teams were playing into overtime Thursday night when the referee called a foul, said one of the Provo team captains.

The team captain, who did not want to reveal her identity out of concern for being targeted, so they went up to the ref and told them to stop the game.

“They’re like, ‘It’s ’cause she’s black,’ after the foul was called,” she said. “I hear from the student section, ‘Snitches get stitches,’ about like, three times.”

“They were making racist remarks at the basketball game towards me and my other teammates who are of color,” said the team captain. “It kind of frustrates me that like anyone has to go through that.”

The Nebo School District is investigating racist comments made at a girls soccer game last Thursday.

While they did not want to reveal their identities, out of concern for being targeted, one family spoke with FOX 13 News reporter Jenna Bree about what happened that night on the field.

This time the racism wasn’t directed at her daughter, but the team captain’s mother is heartbroken to see this happen again, she said.

“Provo High School is probably the most diverse high school in Utah County,” she said. “And I think that’s why when we play against Salem Hills, we made sure to make it a point to be there, just in case anything happens. ”

“We can confirm that a foul was called on a Salem Hills High player and the crowd got loud about the call. The administration and referee did visit with the crowd and talked to the crowd about being positive,” read a statement from Nebo School District .

SHHS did have appropriate supervision for the large homecoming crowd.

The SHHS administration did extend an apology immediately in case there may have been any inappropriate behavior.

“The administration from both high schools are working together to continue this investigation,” the statement read. “We take all allegations seriously and hope others will come forward if they know of any additional details.”

“We are aware of the reported situation that took place at the Provo High School girl’s soccer game vs. Salem Hills last week. We have been in contact with Nebo School District and Salem Hills High School as they investigate the incident and will continue to work “With them as they continue their process. We are grateful for the collaborative effort of both Nebo School District and Salem Hills High School as we work together on this investigation. We take any allegations of this nature very seriously and are committed to do what we can.” in an effort to make sure these incidents no longer take place in our schools.”

Turned Away From Urgent Care — And Toward a Big ER Bill