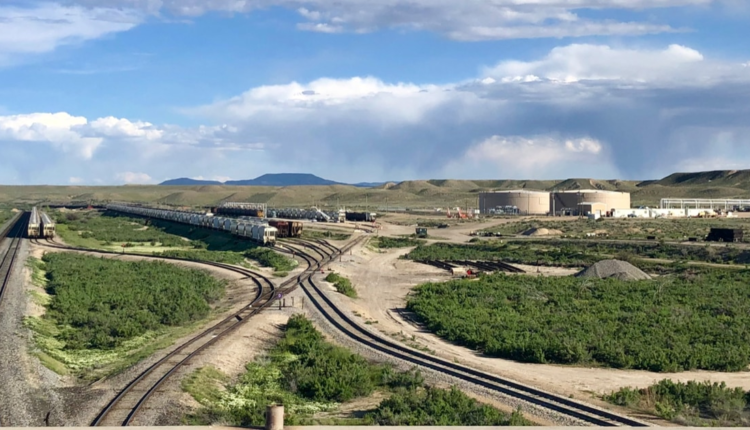 A government fund designed to clean up fossil fuels shouldn’t do more damage.

Courtesy of Global One Transport Since 2014, the Price River Terminal in Wellington has been moving oil from trucks to railroad cars, opening a new avenue for Uinta Basin crude oil to reach markets outside of the state. In 2018, around 7,500 barrels per day were shipped to refineries in the Houston area.

From Deeda Seed and John Wisdom | Special on The Tribune

What would $ 28 million buy for the people of Uintah County? Fire trucks, flood protection and road construction projects to start with. Ditto for the residents of Duchesne County and throw in a community center, baseball fields, and sewers.

Utah’s Permanent Community Impact Board has provided public funding to support these much-needed projects, but in recent years the board has taken a wrong turn. It has given nearly $ 28 million in public funding to the Seven County Infrastructure Coalition in hopes of ramming an 88-mile railroad through these rural counties and significantly increasing fossil fuel extraction in the Uinta Basin.

Now this false turn looks like a dead end, and some of Utah’s hardest hit communities are paying the price.

The board of directors is responsible for the distribution of license fees from the oil, gas and mineral production in the federal state to communities that are affected by this production. Money that should be used for public projects instead subsidizes private oil drilling, a violation of state law. Instead of going to public safety or clean energy, this money is greasing the coffers of investment firms, engineering firms, consultants and lawyers.

Therefore, the Center for Biodiversity and Living Rivers is suing the board and the coalition. Three-quarters of the $ 28 million grant has already been issued, but a court could stop the bleeding of public dollars on the proposed Uinta Basin Railway.

And Utahners can raise their voices. A public comment period on a new federal environmental analysis ends on January 28th.

If the railroad is built, the analysis, though sorely lacking, admits that more than 400 streams will be destroyed. More than 10,000 acres of wildlife habitat will be stripped or paved, including key areas that pronghorn and mule deer need to survive. In Emma Park, noisy bulldozers and train traffic will drive endangered sage chickens from their mating and nesting areas.

The study fails to recognize the devastation the Uinta Basin Railway will inflict on the air, water and wildlife by increasing oil production, and the plan lacks meaningful protective measures.

The people of this rural area are already suffering from air quality as poor as Los Angeles from decades of drilling, and the basin routinely violates state clean air standards. Ozone pollution can lead to impaired lung function and asthma attacks, which can lead to emergency room visits and even premature death.

If all of this wasn’t bad enough, follow the money. A cadre of well-connected companies reaps millions to lead this boondoggle through the approval and environmental assessment process.

But funding for this $ 1.5 billion railroad is just not running out. The Utahns will lose $ 28 million in public funds if developer Drexel Hamilton leaves, as his coalition contract allows.

Utah deserves better. The people of Uintah and Duchesne counties, who would bear the brunt of the destruction of this railroad, need assistance in transitioning from a dirty, unpredictable fossil fuel economy to a clean, renewable energy future.

The law states that Utah’s Permanent Community Impact Board must use these public funds to repair damage caused by the fossil fuel industry. The board of directors should abide by the law, seize the opportunity to break new ground and invest wisely in a fossil-free future.

John Wisdom is the Conservation Director of Living Rivers and the Colorado Riverkeeper (a member of the Waterkeeper Alliance movement).