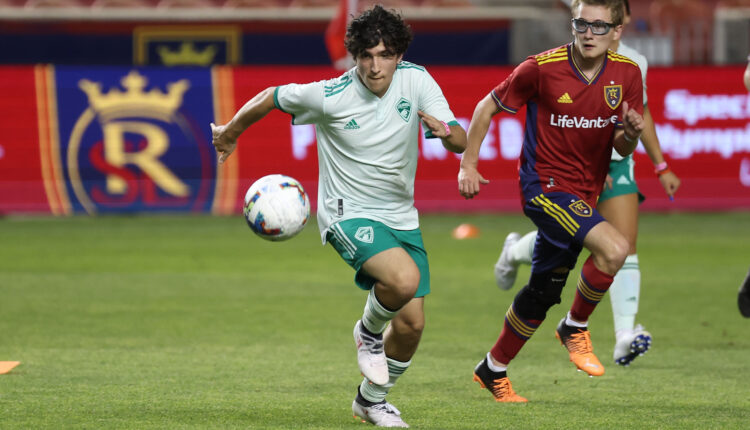 The Colorado Rapids Unified Team battled in a 3-1 loss with Real Salt Lake on Saturday night in an exciting, back-and-forth match. Taking to the pitch after the first team’s contest, the two unified squads played two 20-minute halves to decide the winner in Utah.

The Rapids’ Saturday night matchup was their first in a three-game season for their tenth year as a team.

Colorado struck early in the first half when Trace Ho-Tran found the back of the net after he as fellow Unified partner Enzo Muncy combined on a one-two pass in front of the goal. His strike was on the mark to give the Rapids the lead.

“I took my chance and I didn’t think it was going to go in, but it did to my surprise,” Ho-Tran said postgame. “Today was a rough game, everyone played a great game, in my opinion. But you know, we move on to the next one.”

Led by head coach Molly Underly, the Rapids Unified team will take on the Colorado Springs Switchbacks Unified squad on August 13 after the Rapids’ first team matchup with Columbus Crew, then travel to Los Angeles to take on the Galaxy’s Unified team on September 17.

“The game was amazing,” said Raines. “I tried my best to stop goals. I’m excited for the rest of the season because I can hang out with the rest of my teammates and make good memories and win some more.”

Sam Huerta took his chance from the spot late into the second half after Ramirez was fouled inside the box, but his shot was just high of the crossbar.

“Unfortunately, we didn’t get the win that we wanted, however, I couldn’t be more proud of this group of players, and how they came together as a family this weekend,” said Underly postgame. “They played with dignity, they kept their heads up. And they played with the most heart that I’ve ever seen of any soccer team tonight.”