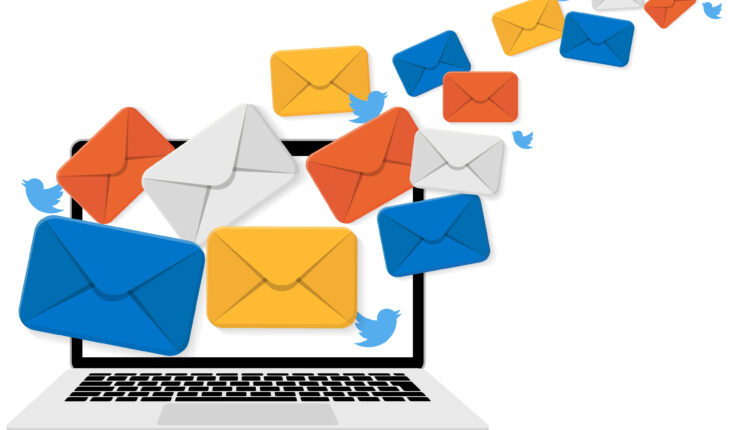 Readers and Tweeters Chime In on Disability Rights and Drug Discounts

Letters to the Editor is a periodic feature. We welcome all comments and will publish a selection. We edit for length and clarity and require full names.

Coming Full Circle on Protections for Those With Disabilities

As a retired special education teacher, I’m wondering why our elderly in retirement homes aren’t covered by the American with Disabilities Act (“‘Impending Intergenerational Crisis’: Americans With Disabilities Lack Long-Term Care Plans,” Dec. 11). The act covers all the issues faced by our elderly in retirement homes as for children with these same needs. Students get a yearly prescription plan through a meeting with their parents, all who come in contact with them to provide services, and an administrator. Why isn’t this yearly plan in place for our elderly in retirement or nursing homes? Children go from newborns to toddlers, and on up through the growth and maturity ladder. Our elderly go through these same stages but in reverse. The care we give the elderly should mirror the care given to children albeit for, perhaps, a longer time in each stage. This would necessitate some major changes to existing federal, state, and local legislation. I get that all but the most dedicated and involved would fight this idea and consider our older population as throwaways. As Florida Gov. Ron DeSantis said, “Let them die.” Thank you for allowing this opportunity to throw in my two cents.

I hadn’t given this much thought but I do see it. Baby-boomer generation will pass and disabled offspring may more often lack adequate plans: “Impending Intergenerational Crisis’: Americans With Disabilities Lack Long-Term Care Plans” | Kaiser Health News https://t.co/4VIOUwbLVk

Thank you so much for highlighting the difficulty blind individuals have with medical bills (“The Disability Tax: Medical Bills Remain Inaccessible for Many Blind Americans,” Dec. 2). I almost never see anything related to blindness and accessibility go through my news feed, so even though your findings are depressing, it made my day to know this issue was being highlighted in the national news!

I want to personally thank you for reporting on this issue. There are workarounds for many of us to get around them. Unfortunately, it’s a separate but equal predicament. And this is not just with the medical system. Persons who are blind, who utilize technology, often rely on paid subscription services for completing visual tasks. One of them is called Aira. Trained people guide blind people through various tasks like navigating and filling out forms on inaccessible websites or take pictures of bills and read it to them.

The separate-but-equal status comes in because the general population is unaware the blind are unemployed or underemployed. The employment rate for the blind is under 20% less than convicted felons. The underemployment rate is 78%, in part because of outdated subminimum wage laws under Section 14(c) of the federal Fair Labor Standards Act that allows disabled people in America to be paid below federal minimum wage by all the major corporations, and everything in between.

Again, thank you for reporting on information that most people and the media won’t because they are not the fluffy, fuzzy, feel-good issues like blind people finishing college or doing something most people with vision simply do every day.

A Benefit for Big Pharma

Who profits from patient assistance and copay assistance programs? It should come as no shock that the wolves in sheep’s clothes are, indeed, the pharmaceutical companies (“Employers Use Patient Assistance Programs to Offset Their Own Costs,” Dec. 6).

One point left out of KHN’s article on these schemes, which represent a massive return on investment for Big Pharma: A pharmaceutical manufacturer will cover the costs of a patient’s copay, sometimes even pay the entire deductible, to keep the patient on its more expensive product (instead of cheaper alternatives the patient’s health plan would pay for). Once the deductible is met, the patient’s employer is forced to pay 80% or more of the patient’s drug costs. And, once the patient reaches their annual maximum out-of-pocket (MOOP) threshold, their employer starts paying 100% of the costs — and the drug company returns to making 100% profit, and no longer paying any assistance.

Oftentimes this means the pharma company essentially waives the costs of one or two doses of the drug, and the employer is then forced to pay many times that to cover the drug for the rest of the year.

Pharmaceutical manufacturers say the assistance programs are evidence of their commitment to maintaining the affordability of prescription drugs, but according to a recent report by the Congressional Research Service, “Prescription Drug Discount Coupons and Patient Assistance Programs (PAPs),” while a drug discount coupon may reduce the amount an insured consumer must pay out-of-pocket for a drug, it generally does not reduce the price charged to an insurer or government program for the drug. That means patients will pay higher premiums later.

The recently published “Drug Manufacturers’ Billion-Dollar Scheme,” by the Regence Health Policy Center, asked this intriguing question: Are copay coupons “the solution for the unreasonable cost of specialty medications or a carefully crafted trojan horse disrupting affordability in our health care system?”

If pharmaceutical manufacturers really want to assist patients, they should stop the tricks and schemes, and charge reasonable drug prices in the U.S., as they do in every other developed nation.

If companies, including insurers, channeled their creativity into making care better and more affordable for patients, what a wonderful world it would be. https://t.co/s1M5V1UTZF Comment if you agree.

Contrary to the distorted conclusions drawn by the article’s focus on very few proceedings, health centers provide high-quality care for tens of millions of underserved and vulnerable patients in the U.S.

Given the critical role health centers play in health care delivery and the substantial increase in the number of health centers and patients, malpractice claims are an unfortunate reality. KHN’s narrative focuses on a few cherry-picked cases even as it acknowledges that “settlements and court judgments do not measure the clinics’ overall performance.” The article’s focus on claims payouts during 2018 and 2021, though tragic, represents a tiny fraction of 117 million patients served and 477 million visits — meaning the reporters focused on far less than 1 percent of patients.

The larger and unassailable story is that health centers enforce rigorous safeguards to ensure the best patient care. Federal Tort Claims Act coverage — the federal coverage that is the focus of this article — is not automatically granted to health center grantees. Rather, health centers must implement solid quality improvement and risk management programs to qualify for and maintain FTCA coverage. Such coverage allows essential health care services to remain affordable and accessible to economically challenged patients when and where they need it. Additionally, health centers are subject to on-site auditing of these processes to ensure they meet appropriate standards and function as intended. FTCA coverage makes health centers even more vigilant on quality of care — not less.

and another recent story about malpractice at community health centers https://t.co/bh7XIMfVMA

Though home testing for sexually transmitted infections would be valuable, maximizing the testing technology we have now would be even more valuable (“A New Use for Dating Apps: Chasing STDs,” Nov. 30). Sixty percent of all STIs in high-risk persons cannot be diagnosed via a urine sample because they are extragenital (in the throat or rectum). STI testing should include screening urine as well as throat and rectum swabs for many people. This could be accomplished by labs giving clients swabs to self-collect, however Hologic (the company that produces the Aptima system pictured in your article) has not done the validation studies to allow its system to be used on self-collected extragenital tests. Thus, a patient must go to a provider to get the swabs collected, rather than just go to the lab directly after orders are submitted. This is not an issue of new technology; this is an issue of ensuring we are using what we have to its full capacity, ensuring adequate extragenital screening, and ensuring it can be done in the most convenient way possible. Molecular screens allow for home-based testing (collected at home and sent back to be processed). Halogen tests, the system used by Quest, Labcorp, CPL, etc., do not. Though having home-based rapid results would be great (which, of course, would require self-collected samples), ensuring we are able to maximize the technology we have available now would be a big step forward.

The use of apps may have exploded since, but we were doing this 20 years ago when I was an #EIS officer @CDCgov. In fact I had to get access to certain blocked websites – it was interesting explaining that to the IT folks. https://t.co/8zsq887ECp

Montana Pharmacists May Get More Power to Prescribe

Did Your Health Plan Rip Off Medicare?