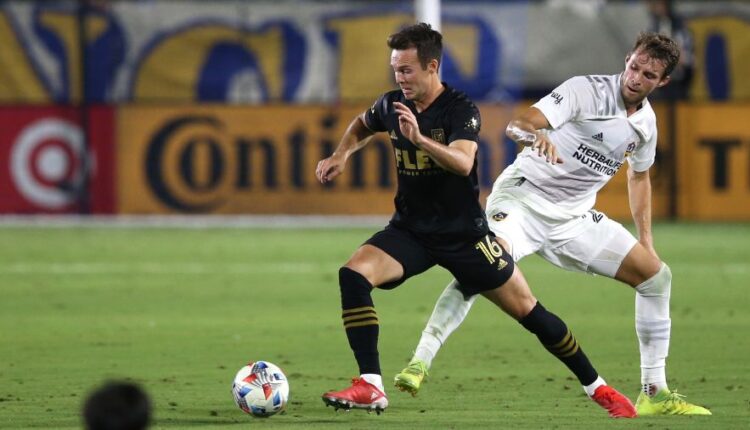 SALT LAKE CITY – Real Salt Lake has acquired striker Danny Musovski from LAFC “in exchange for $250,000 in General Allocation Money (GAM) divided across 2022 ($150,000) and 2023 ($100,000). Should various performance and/or contractual milestones be reached by Musovski with Real Salt Lake, additional GAM will be relayed to LAFC,” the club has announced.

Musovski, 26, has appeared in 16 games in 2022 for the Supporter Shield leaders and has started 6 of the 16. Thus far, through 507 minutes played, he has scored twice, with his most recent goal coming against FC Dallas on June 29 in the 3-1 win.

“I’m really excited to be joining Real Salt Lake, a team that I’ve gotten to know well during my time in Major League Soccer, said Musovski, who last appeared for LAFC on July 8 in a 3-2 win over LA Galaxy, starting but coming off with a hamstring strain in the 43rd minute at Banc of California Stadium. “I’m looking forward to coming in soon and helping the team make the push for the playoffs.”

Musovski was signed by LAFC in December of 2019 from Reno 1868 FC of the USL Championship. In 2020, Musovski was voted the MLS Player of the week for week 17 following his two-goal brace and assist in the 3-1 win over the Seattle Sounders.

We got ourselves a moose.

“We are excited to add a dynamic striker in Danny who provides an additional goal-scoring threat on our roster and fits into our style of play,” said Real Salt Lake Technical Director Kurt Schmid. “We’ve monitored him closely since his days in college, and we are excited to be able to integrate him as we enter an important phase of our season.”

Unfortunately, Musovski has found playing time hard to come by in 2022 given the strike power that LAFC possesses. However, Real Salt Lake expects Musovski to play a key role as striker Bobby Wood makes a slow return from an abductor injury.

Musovski calls Henderson, Nevada, home and played for the UNLV Rebels from 2014-17 where he scored 47 goals in 88 appearances.

Musovski will compete with the likes of Sergio Córdova, Rubio Rubin, Anderson Julio, and Jefferson Savarino for playing time at the point of the attack.

Real Salt Lake will return to Utah and prepare to host LAFC next Saturday with kickoff scheduled for 8 pm on August 6.

Gareth Bale will play for the first time in his professional career in Utah after recently joining LAFC.

The match will be available to stream for free via the KSL Sports and KSL 5 TV app or on KSL Sports dot com.