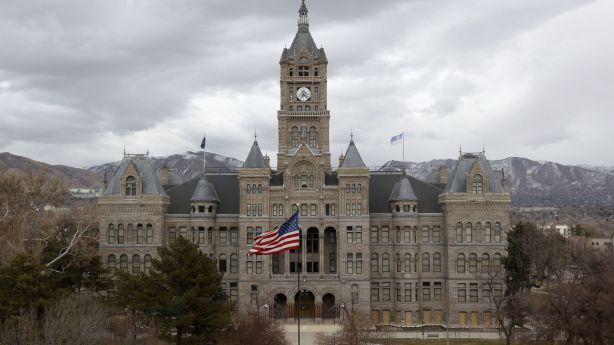 In a council meeting the Tuesday before the vote, Mendenhall reported that the Salt Lake City school district was 99.8% mask-compliant. The district also has the lowest COVID-19 case rate of any public school district or charter school in the county for the past two weeks, with a rate of 42.1 cases per 10,000, Mendenhall said.

“The data for the Salt Lake City School District really shows the benefits of wearing masks, and it’s what doctors and our health professionals have been saying all along that we need to wear masks until more people can be vaccinated,” said Mendenhall called.

The mayor clarified that the case number data does not show whether a single intervention, such as wearing masks, is responsible for the lower case number in the school district. District officials are working with the remaining families who do not adhere to the mask order, she added.

Rogers cast the only vote against the extension of Mendenhall’s proclamation because he said the decision should be made by the school board.

“I don’t think it is appropriate for us as a council to do this,” he said. “It should be done by the Salt Lake City School Board. For me personally, I think that they should be the ones to stand up for it; it shouldn’t be us.”

In addition, the extension of the order would allow council members and city staff to engage with health professionals such as the executive director of the Salt Lake County Department of Health, Dr. Angela Dunn, to advise on determining the best course of action for the future, added Fowler. Council members can speak to Dunn to find out when a mask mandate for schools could be lifted, according to the latest data, while another 30-day extension continues, she said.

Mendenhall pointed out that COVID-19 transmission metrics, contained in the Utah State Legislature’s “endgame” legislation officially known as HB294, were proposed before the Delta variant of the virus became dominant. She said the council should also consider consulting state health officials on the matter.

Councilor Darin Mano agreed that the council should consult with state and local health authorities about future extensions. He said he agreed with Rogers that the authority to introduce mask mandates should be with the school districts, but the legislation took that authority away from school authorities and instead allowed elected city and county bodies to make the call.

“I think Salt Lake City voters want this, and I also agree with Councilor Rogers that this should be the school board,” said Mano. “I find it unfortunate that we have to do this, but the truth is the school board – that authority has been taken away from the school board.”

Utah’s water outlook has improved slightly, but the west remains in control of the long-term drought