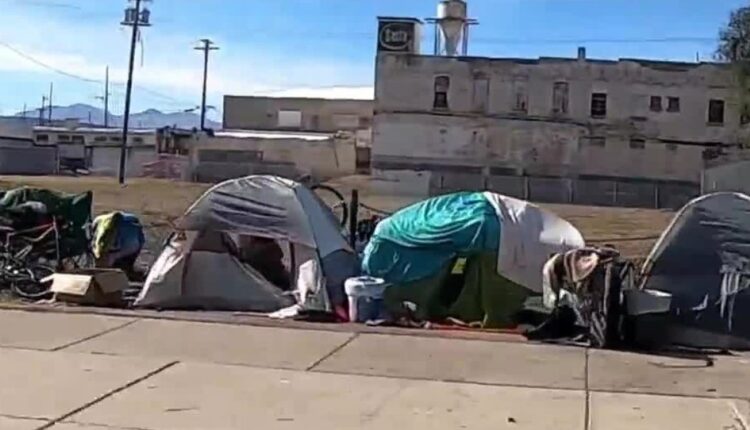 SALT LAKE CITY – It is not uncommon to see or meet a person who appears to be disoriented, especially on the streets and sidewalks of America’s urban centers.

Statistics from the Utah Department of Health show that on any given day, about 15,000 people are homeless in Utah, most of them in Salt Lake City.

It is unclear how many people in this dynamic and changing population suffer from some mental illness.

Pursuing and treating them seems an impossible task, but Salt Lake City and its law enforcement agency have investigated.

In 2016, Salt Lake City’s Community Connection Team was created with funds from the Department of Justice, which also provided funds to five other police departments in the county that were willing to try a different approach to policing.

In Salt Lake City, social workers are part of this effort responding to some 9-1-1 calls alongside the police when the situation they are responding to includes mental illness, substance abuse, or people living with homelessness.

The Community Connection Team allowed FOX 13 to follow them for a day.

The first call of the morning for social workers Amelia Hilbert and Leo Avila was in a low-income residential complex.

“He’s down there shirtless and he says he needs an ambulance. He says there are mice growing in his body, ”the 9-1-1 caller told a police officer.

When the team arrived at his door, the man quickly said he would like to go to a hospital for a CAT scan.

After some kind and comforting words, the detective working with the team that is also trained in crisis intervention had a question: “When was the last time you used meth?”

The man was quick to respond with an honest answer: “It was the night before,” he said.

From there, Hilbert explained to the man that his symptoms are not uncommon for people who use methamphetamine, or “spices”.

Instead of calling an ambulance for the man or searching his apartment for drugs, Hilbert’s partner had another suggestion.

“How about you take a nap and then see how you feel after that nap. And then I’ll give you my card and you can call me if you’re still experiencing what you’re experiencing, ”said Avila.

The man agreed and the team soon left the building.

As the team left, Hilbert said, “He didn’t necessarily have to go to the hospital just to have someone who can confirm he’s having a hard time.”

The next call they answered was to a woman in need outside a homeless shelter. She believed she was kicked out of the shelter and someone stole her cell phone. The team helped her understand that none of these things had happened.

He is very familiar with the woman at the shelter who, according to police records, went to the Salt Lake hospital emergency room 17 times in March.

The team says the woman’s needs are spiritual rather than physical, so hospitals and emergency rooms cannot help her. Instead, they try to help them with case management.

After comforting the desperate woman, Avila offered the woman an incentive to continue working with case managers and reducing unnecessary hospital visits. That was in the middle of April.

Just a few days ago, FOX 13 learned that the woman only made two trips to the hospital in April.

Salt Lake City actually tracks people who use emergency medical services most often. You have a “Top 20” list from which it can be seen that the “Top 20” of 2020 were requested 1,042 times by the police, fire brigade or ambulance.

Karen Montano, the manager of the Community Connection Team, takes pride in the work of her people and believes they change the lives of those they serve.

“Our social workers will be doing a lot of rework,” she said when describing an average day for her team.

Montano said they usually respond to calls from around 8:00 a.m. to 12:00 p.m. on weekdays and then spend the afternoons connecting with customers to help with services like therapy and medication detox, or with food and housing supplies.

The team does not currently work at night or on weekends.

Montano says another thing that would help people with mental illness would be more walk-in clinics where drugs can be administered.

She says many of the people her team encounters have mental illnesses and sometimes even know which medications are best for their needs. But when resources like insurance, transportation or even a cell phone are missing, there is nowhere they can go and the diseases escalate.