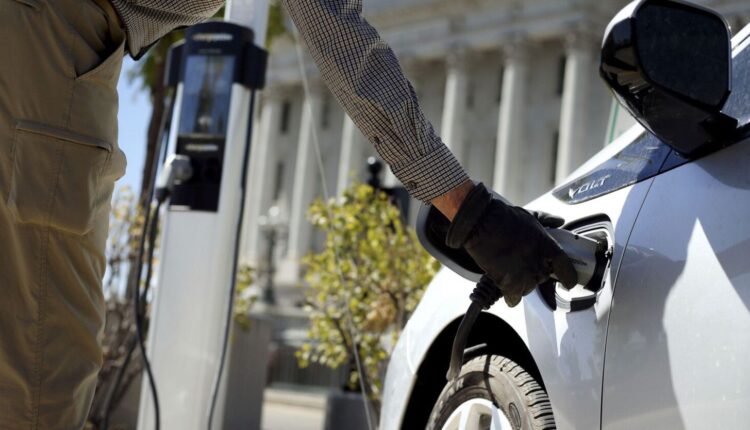 Members of the Salt Lake City Council were briefed Tuesday on a proposed ordinance that would require developers of new apartment and condominium construction projects to make at least 20% of newly designated parking stalls electric vehicle-ready.

“This is a policy proposal that we, in (the Department of Sustainability), are particularly excited about as it will help us achieve several sustainability goals, including improving air quality and reducing future greenhouse gas emissions — and doing so in a way that enables accessibility to these solutions for more of our residents,” said Peter Nelson, the manager of the city’s sustainable business program within the Salt Lake City Department of Sustainability.

If approved, the city code won’t require a newly constructed apartment or condo complex to dedicate 20% of its parking spaces to charging stations but would require that at least one-fifth of the spaces be ready for wiring to “support” a charging station sometime in the future, said Sam Owens, a policy analyst for the city. Salt Lake City only requires at least one fully installed electric vehicle charging station per 25 off-street parking stalls at the moment, which would still be the case for now even if the new ordinance is approved.

Rise of EVs in Utah

The proposal comes as electric vehicles are quickly becoming more common in Salt Lake City and across the state.

There were just over 16,000 electric standard passenger vehicles or electric light truck vehicles registered in Utah as of Feb. 2022, according to the most recent Utah Tax Commission data. That accounts for a fraction of either type of vehicle in the state; however, the agency reported that there were a little more than 1,000 electric passenger or light truck vehicles in the state during its same report in 2015 — marking an almost 1.483% increase in seven years.

Salt Lake County accounts for nearly half of either type of common electric vehicle in the state. And Salt Lake City has historically been a major contributor to the county’s total, Nelson says.

Nelson explained that there were 780 electric vehicles registered among residents in Salt Lake City ZIP codes in 2019. That number rose to 1,043 vehicles a year later, a 33% increase in just one year.

This sudden rise means there’s a growing need for equipment to handle the increase in electric vehicles. Studies show most people charge their vehicles at home, though it’s far easier for single-family homeowners to have access to charging stations than residents in multifamily units, according to Nelson.

Setting aside spaces that are ready for new charging stations, Nelson said, will reduce the cost of adding new stations sometime down the road, citing a 2018 study conducted by the nonprofit Southwest Energy Efficiency Project. The organization found that making stalls electric vehicle-ready during new construction was nearly four times cheaper than retrofitting existing infrastructure.

There are other reasons to prepare for electric vehicle stations in advance, too, which is why department officials view the ordinance as an incentive that helps facilitate more private charging for residents who otherwise wouldn’t have access to it.

“Multifamily projects that do not take action to accommodate the demand for EV charging face the risk of their asset becoming less attractive or even less viable to residents who rely on the availability of charging EVs where they live,” Nelson added. “As EV charging transitions from an amenity to an essential feature of multifamily properties, those residential properties not equipped to accommodate EV charging bear the risk of devaluation in the market.”

Meanwhile, the ordinance would also move the city closer to its goal, outlined in 2016, of reducing greenhouse emissions by 50% by 2030 and 80% by 2040, Salt Lake City Department of Sustainability officials argued in a memo to the council last month. The city council approved the policy of one electric vehicle charging station per every 25 parking stalls a year after establishing the goal.

Then, in late 2020, city leaders passed a resolution calling for most of its fleet vehicles to be electric by 2027. Salt Lake City Mayor Erin Mendenhall also signed a petition ordering the department to look into the potential 20% electric vehicle ordinance last year, the memo noted.

While there was no vote Tuesday, members of the city council appeared to be enthusiastic about the proposed ordinance. If anything, they had concerns regarding whether the ordinance goes far enough given the rise in ownership and the number of manufacturers touting future electric vehicle plans. They asked the department to include additional data to ponder before they vote on the measure.

Nelson said projections indicate setting aside 20% of stalls for electric vehicles would be enough to still keep all the electric vehicles in a lot charged, though landlords may still have to institute policies to rotate when residents charge vehicles.

The council is currently scheduled to hold a public hearing on the proposed measure during its Feb. 7 formal meeting. No data has been set for when it will be voted on by the council.