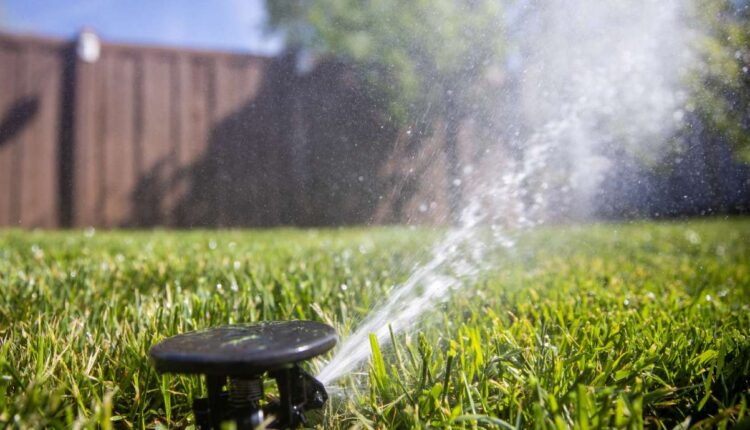 SALT LAKE CITY — One of Utah’s largest water providers said it has met water conservation goals set earlier this year by saving nearly 3 billion gallons of water near the end of the irrigation season.

Salt Lake City Public Utilities, which supplies water to Utah’s capital city, Millcreek, Cottonwood Heights, parts of Holladay, Murray, Midvale and unincorporated territory in Salt Lake County, has reduced about 15% of its water consumption since April 1 compared to its three -year average, according to Laura Briefer, the department’s director. That’s a reduction of 2.9 billion gallons of water.

The city’s conservation goal is a 5% reduction in water use from the three-year average, under Stage 2 of Salt Lake City’s water shortage contingency plan, which is the stage that the city has remained in since reaching it last year for the first time in 17 years. Salt Lake City’s plan reaches Stage 2 when it falls to 80% of its average annual water supply.

“So we have exceeded our goals set forth in Stage 2 of the water shortage contingency plan this year,” she said, as she presented the figures to members of the Salt Lake City Council on Tuesday, noting that these decreases in water consumption have occurred while the area it serves continues to grow in population.

Briefer presented the figures to the city council as the city’s 2022 water year comes to a close at the end of September.

On top of the reduction over the past three years, a graph presented to the council showed that daily water use peaked at 140 million gallons of water in July this summer. But it’s a far cry from when Salt Lake City peaked at levels exceeding 210 million gallons of water per day in 2000, which is considered the start of the West’s long-term megadrought. Salt Lake’s water consumption tends to be much higher in the summer because of outdoor watering.

Most of this year’s daily figures fell below the combined average of 2019, 2020 and 2021; however, there was a small spike in early September that exceeded the three-year average. Daily water use briefly returned to about 130 million gallons of water per day as July-like temperatures shattered all sorts of Salt Lake City temperature records earlier this month.

As for the city’s water resources, Briefer said the streams that the city has water rights to continue to produce below-normal water flows. She adds that Utah Lake levels are also “quite low” and will begin to impact its water users this week. It is another source of water used for the south end of the Salt Lake Valley up to Liberty Park to meet irrigation exchange agreements, though she doesn’t believe the low levels will impact Salt Lake’s supply.

Deer Creek Reservoir, another source the city has water rights to, is currently listed as being 45% of capacity though it is producing 90% of its regular allocation. As the typical irrigation season comes to a close now, she said she believes Salt Lake City’s water supply is relatively stable, all things considered.

“Our water resources are looking good to meet demand this year and we do expect demand to fall off pretty quickly as we enter the beginning of October,” Briefer said.

Over half of the state remains in at least extreme drought at the moment, though monsoonal rains have reduced that figure from a high of 84% this summer, according to the US Drought Monitor. The Utah Division of Water Resources currently lists Utah’s entire reservoir system at 43% of capacity.

What comes next is the waiting game as winter approaches. About 95% of Utah’s water supply comes from snowpack and the subsequent spring runoff. A productive fall, winter and spring can go a long way for the city’s and state’s water supplies.

But it’s still unclear what kind of winter is in store for Utah. The National Weather Service’s Climate Prediction Center last week issued a new three-month outlook for the final three months of 2022, which are also the first three months of Utah’s 2023 water year. The outlook lists the Salt Lake City area as having “equal chances” of a weather-than-normal, near-normal, or below-normal start to the water year.

In fact, it lists all three of those options as having about a one-third probability of happening, so it’s about as even as it gets. Salt Lake City’s combined normal for the months of October, November and December is 3.98 inches of precipitation, according to weather service data.

Briefer points out that this year’s mixed outlook is still “better news” than the three-month outlook issued this time last year, which favored a stronger chance of below-normal precipitation.

Despite that better outlook, time will only tell if Salt Lake City — or Utah altogether — gets the winter it needs to begin to overcome some of its large precipitation deficits in recent years. That’s why she said that the department anticipates that it will remain at Stage 2 of the city’s water shortage contingency plan for the foreseeable future. The department will monitor this winter’s snowpack and this spring’s runoff before it makes any changes.

Members of the Salt Lake City Council appeared generally optimistic about the efforts to conserve water this summer, though some members asked about future steps to reduce water. For example, Salt Lake City Councilman Alejandro Puy asked if there are ways to improve systems so parks and city properties don’t water on rainy days, something that city officials could look into in the future.

That said, he was happy with how much water Salt Lake City users were able to save this summer.

“It’s encouraging,” he said. “We’re going in the right direction.”