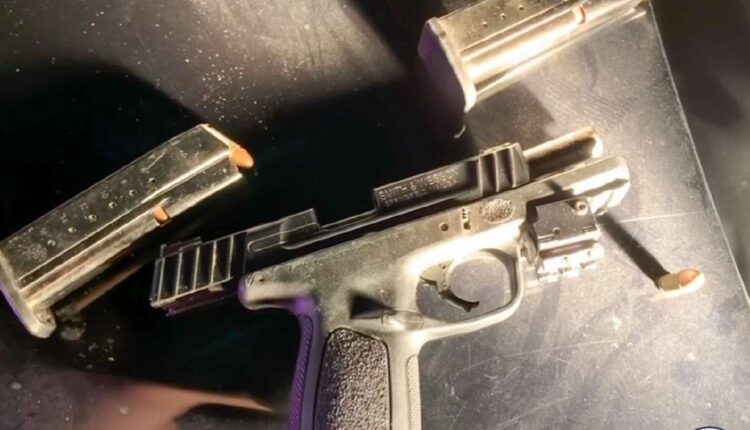 SALT LAKE CITY — Police in Salt Lake City arrested a man who is accused of shooting another man in the stomach, seriously injuring him, early Friday.

The investigation began at 1:12 am after the shooting was reported at the Gateway Inn, 819 W. North Temple. Officers found the man, 42, bleeding from his stomach and “quickly provided first aid,” Salt Lake police said in a statement.

The man was taken to a hospital in serious condition.

While investigating the incident, a police sergeant saw a car leaving the motel and conducted a traffic stop. Police say they suspect the passenger, identified as Anthony Griffin, 42, was the shooter.

“Officers found a handgun in the shoulder bag Griffin had in his possession. Officers later determined the gun to be stolen,” according to the statement. Police also say they found a “large amount of cash” and more than 9 grams of cocaine during the investigation.

Griffin was arrested and booked into the Salt Lake County Jail for investigation of felony discharge of a firearm, possession of a dangerous weapon by a restricted person, and distributing/offering/arranging distribution of a controlled substance, police said.

The area around Gateway Inn was a “focus area for proactive policing efforts” for Salt Lake police during May through July, and officers made 24 felony arrests during that time, the statement notes.

Over 13,000 pounds of Lobster hauled into Provo on Season Opening – Magnetic Media