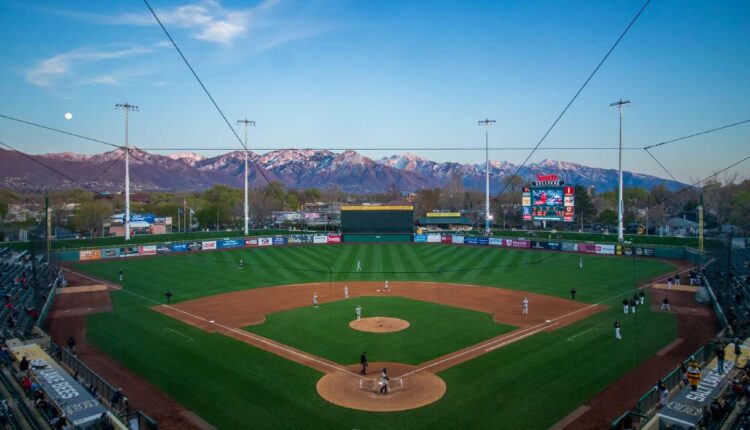 SALT LAKE CITY — The Salt Lake Bees’ home is safe while the rest of the neighborhood is set for major changes.

Members of the Salt Lake City Council voted unanimously Tuesday to approve a resolution to establish a new ballpark legacy lease with the minor league franchise at Smith’s Ballpark, setting the Bees up to remain at the ballpark beyond its lease expiration at the end of the 2024 season .

The vote came after members of the council received a report earlier in the day regarding the planned revitalization of the Ballpark neighborhood, which will drastically alter the area named after the historic site of baseball in the city. The presentation somewhat coincided with a proposed master plan that city planners unveiled last week.

In short, urban planners believe Smith’s Ballpark should serve as a sort of anchor — or cleanup hitter, so to speak — for new development projects around it in the coming years. The list of possibilities includes an extension to the stadium so it can be used for events on game and nongame days.

“I can’t stress enough how much potential we have in the Ballpark neighborhood,” said City Council Vice Chairman Darin Mano, who lives within a 10-minute walk of the ballpark. “I know the neighborhood very, very well and I’m so excited for the energy that is finally being put into the neighborhood.”

Keeping the Bees at Ballpark

Smith’s Ballpark opened in 1994 but professional baseball has been played at the spot for over a century. The ballpark replaced the old Derks Field.

“Salt Lake City has a rich baseball history where enthusiasts have gathered on the current site for over 100 years to participate in our national pastime, while supporting home teams known as the Giants, Angels, Gulls, Trappers, Buzz, Stingers and Bees,” the resolution acknowledges.

You can add Elders, Fruit Pickers, Mormons and Skyscrapers to the list of pre-Derks Field Salt Lake City baseball teams, too.

When city leaders unveiled a draft plan for their Ballpark redevelopment initiative last year, they acknowledged they could find new uses for the ballpark, though it wasn’t clear how the Salt Lake Bees would be involved in any of the plans. The team’s contract with the city is set to expire at the end of the 2024 season amid the city’s planned revitalization.

Now that ideas for the project are emerging, the first step is to secure the Bees, which are the Triple-A Pacific Coast League affiliate of the Los Angeles Angels. That partnership will last through at least the 2030 season, as a part of MLB’s wide-sweeping changes made to minor league baseball ahead of the 2021 season.

A sunset over Smith’s Ballpark during a game on May 7. Salt Lake City, which owns the stadium, passed a resolution Tuesday that would keep the Salt Lake Bees at the stadium beyond 2024, which is when their current lease is set to expire. Future plans for the ballpark and surrounding neighborhood are also emerging. (Photo: Carter Williams, KSL.com)

The lease offered Tuesday would keep the Bees in the area for the remaining six seasons of the Angels partnership plus many years beyond that.

The resolution touts that the team is essentially the neighborhood glue that draws attention to restaurants, shops, transit and new housing in the area. That’s why city leaders assert that it’s vital to extend the lease and ensure the team is there as they transform the neighborhood.

It states that a new lease will provide “a vital foundational framework” that seeks to combine the long-term needs of the team and the community through facility management, renovation opportunities and continued operations.

The team, which is owned by the Larry H. Miller Company, will still have to agree on the extension but Amanda Convington, the company’s chief corporate affairs officer, doesn’t believe that will be an issue. She said she appreciates efforts the city is making to enhance the neighborhood around the ballpark in addition to the ballpark itself.

“I know this negotiation will take a couple of months but our commitment to one another is that we’ll work very hard over the summer and early fall so that we can come to some sort of resolution that’s beneficial for everybody,” she said.

Welcome to a new ballpark

While the Salt Lake Bees may not go anywhere, major changes are on deck for the neighborhood surrounding it. Salt Lake City Mayor Erin Mendenhall released a draft of the city’s “Ballpark Station Area Plan” last fall, aiming to improve the neighborhood and reduce the crime and other issues that have emerged in recent years.

The city also opened a partnership with the Harvard Kennedy School, which helped the city look into new uses for some properties around the ballpark. The mayor reiterated the idea of ​​urban redevelopment that creates neighborhood “activation” and vibrancy while minimizing crime and increasing safety.

Those assigned to the project met with council members, business owners, and residents and even looked at what five other cities did with urban sports facilities, said Andrew Reed, financial analyst for the city, recapping the work done over the past few months.

The first thing they decided on was “geological boundaries” for the project, which centered around the ballpark. Adam Zitello, an intelligence officer and technology advocate with the National Geospatial-Intelligence Agency, said the team focused on city-owned properties within a 10-minute walk of the ballpark.

He advocated using public-private partnerships to help redesign those spaces but also acknowledged there are a few constraints to what can be built. For example, there are five schools and churches surrounding the ballpark that limit potential bars or restaurants within 200 feet of each of those properties.

This map shows three city-owned properties surrounding Smith’s Ballpark and recommended ideas for projects that could fill in space based on a partnership between the city and the Harvard Kennedy School. (Photo: Salt Lake City Corporation)

The plans also include something that planners refer to as the “Beehive,” an extension of the stadium’s right field that could be used as an event space on game days and nongame days.

Reed reassured the council that nothing recommended Tuesday is finalized and there’s plenty of room to tinker with project ideas and ways to fund the projects. He said it also won’t replace the city’s Ballpark neighborhood master plan or the Ballpark Station Area Plan but the project is meant to “coincide” with those plans.

An artist rendering of the proposed “Festival Street” outside of Smith’s Ballpark as a part of the Ballpark Station Area Plan. (Photo: Salt Lake City Corporation)

Nannette Larsen, a Salt Lake City senior planner, unveiled the possible final version of the Ballpark Station Area Plan during a planning commission meeting last week. The project centers on other areas near the ballpark, from I-15 to State Street and 900 South to 1700 South. The plan includes:

The plan is still up for review but is expected to be sent to the City Council for its review by the end of the year, according to Larsen. Ultimately, it’s up to the council to approve any future plans in and around the ballpark.

Will the US Overcome Its Covid Complacency Even as the Threat Returns?