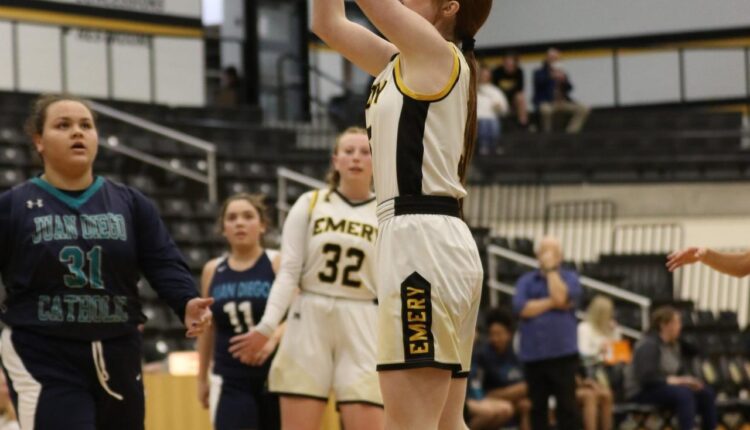 Emery ventured around the mountain on Thursday to face off with the Lady Hawks. The opening of the contest was slow for each party as North Sanpete gained a slight edge, 9-7, after one quarter.

The Spartans picked up the tempo in the following period, but so did the Hawks. Emery would double his score to pull within one by halftime, 22-21.

The momentum continued to build in the final half as the Lady Spartans found their groove. They went on a massive 19-6 run to take control of the game. In the end, Emery scored 37 points in the last 16 minutes to defeat the Hawks 58-42.

Sophomore Kali Jensen led the scoring with 15 points while Karleigh Stilson was extremely efficient, going 4-5 from the floor for 10 points. Also in double digits was Alex Mortensen with 10 points of his own to go along with a team-high seven rebounds.

Aiding in the effort was Emery’s 10 steals by seven different teammates. The Spartans also took care of the ball, only committing nine turnovers.