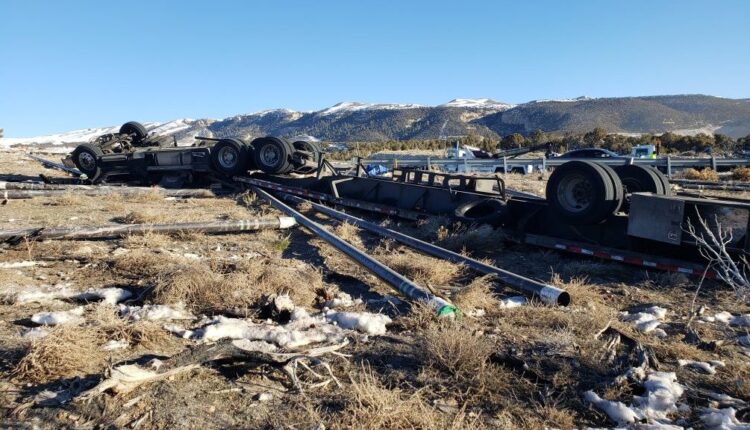 VERNAL, Utah — The Utah Highway Patrol is investigating a semi-truck crash Monday morning that claimed the life of the driver.

According to the UHP, the accident occurred at 5:04 am A semi-truck carrying oilfield pipe was traveling southbound on SR-191 near milepost 367 in the switchbacks north of Vernal.

Police say, the driver of the semi lost control of the vehicle and it left the highway, causing the semi to roll. As a result, 6 inch and 43-foot steel pipe were thrown all over the road.

The semi came to a stop upside down off the highway. According to the UHP, the driver of the semi, who was the only occupant in the semi, was ejected from the vehicle and passed away at the scene from injuries sustained in the crash.

The highway was closed for nearly three hours as the heavy equipment was cleaned up off the road.

The identity of the victim has not been released. However, the UHP did say the driver was from Texas. And authorities are in the process of notifying the next of kin.