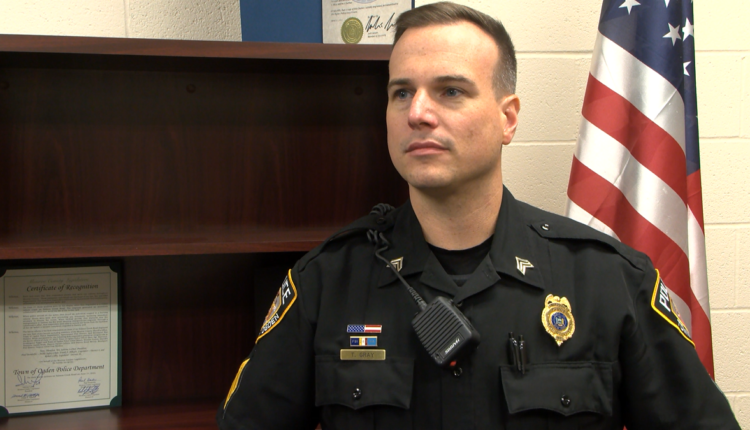 Sergeant Gray first started in law enforcement in 2009 with the Livingston County Sheriff’s Office before working for the Village of Caledonia Police Department. He began as a police officer with the Ogden Police Department in 2011 before being promoted to sergeant in 2018. He recently graduated from the FBI National Academy last Tuesday.

Sergeant Gray received numerous awards, such as the Monroe County Sheriff’s Office Lifesaving Award and many Letters of Recognition.

Many of Ogden’s town officials were proud and excited for Sergeant Gray, including Chief Mears, who described Gray’s experience.

“He has worked closely with neighborhood watch groups and the Police Reinvention Committee,” said Chief Mears. “Chief Gray’s experience and energy will be a great fit with the agency and the community. He’s going to do great work, and I’m excited to see where he takes the Department.”

In turn, Sergeant Gray gave recognition to Mears as he explained his plans as the next chief of police.

“I think the first order of business is to keep the goals of Chief Mears alive,” said Sergeant Gray. “We do good work here at the Ogden Police Department and I want to keep that legacy that the chief is leaving as he leaves.”