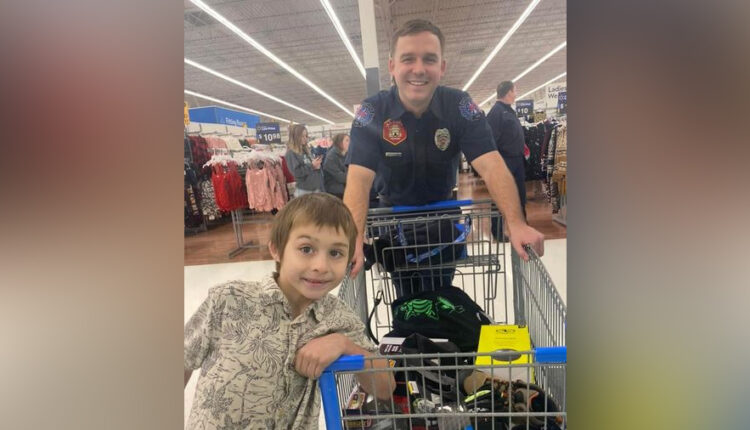 “At this event, an officer is paired with a child for breakfast and in the morning to shop for warm clothes and Christmas gifts. The children selected to participate are most likely to be at risk, disadvantaged or experienced a negative law enforcement situation, “the Utah Police Civilian Association wrote on its website.

“This is one of our favorite days of the year,” said Duchesne County Sheriff’s Office officials.

The department thanked Stewart’s Ace Hardware Store on social media for providing donuts and hot chocolate and giving the kids a place to shop from a police officer.

Officials said other agencies who attended the day’s event were the Roosevelt Police, Wildlife Resources Department, EMT, the Ute Tribe and the Utah Highway Patrol.

“It was a great morning with lots of smiles from the children and officials,” said the DCSO post.

According to a social media post by Roy City Fire & Rescue, firefighters, agents and officials in Weber County were able to “shop with nearly 100 kids this year.”

Santa Claus also performed at the event on Saturday. Officials said he was flown in with one of the local air ambulance services – AirLife Utah.

“We are proud to be part of this annual event!” Concluded the entry.

“It was fantastic!” The Uintah County Sheriff’s Office posted “Shop with a Cop” on Facebook about the event.

The article continued: “Thank you to everyone who made this day possible and that we were allowed to be there!”

Officials from the Wasatch County Sheriff’s Office gathered with local children at the Homestead Resort at 6:30 am to open the “Shop with a Cop” celebration.

The children were then driven by first responders to Walmart, where they could do Christmas shopping and hang out with Santa.

“We would like to thank all local companies and sponsors who have contributed to making this possible at all. We couldn’t do this without all of you, ”concluded the post.

Some Groups Are Left Out of Montana Covid Test Giveaway Program