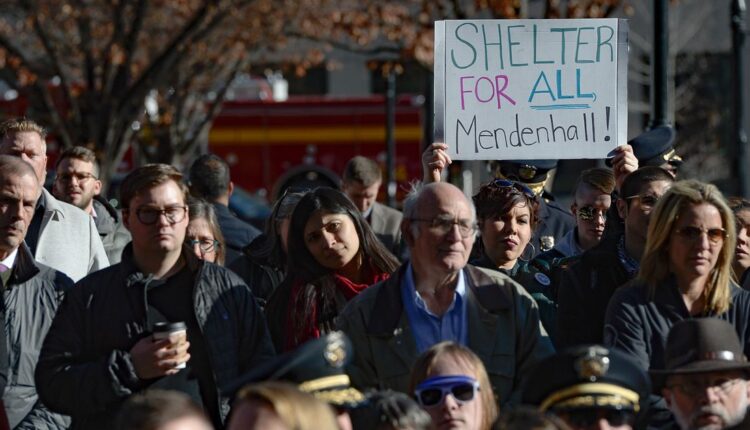 A legal campsite for the homeless in Salt Lake City would be another inadequate answer to a complex problem which requires more affordable housing.

By The Salt Lake Tribune Editorial Board

The state of Utah moved nearly three years ago to close the Road Home shelter for the homeless on Rio Grande Street, in the Pioneer Park neighborhood. It has been more than two years since the building, by then state property, was demolished to make way for a new private apartment project.

The mess left behind can still be found in many places, no longer so much centered on the Rio Grande area but scattered in parks and park strips and medians and underpasses and river banks around Salt Lake City and surrounding cities. It is clear that closing the old shelter had a reverberating impact on both people experiencing homelessness and on the rest of the community that was not fully thought through, and certainly not paid for.

Local residents are upset with Salt Lake City Mayor Erin Mendenhall about the mess, the crime, the impact on property values. Among the most upset is former Mayor Rocky Anderson, who argues that the Mendenhall administration “has totally failed” to deal with homelessness and announced that he will seek to reclaim his old job in the 2023 city election.

The old model was not sustainable, to be sure. But the three service centers that were supposed to take up the slack left by the destruction of the old shelter were clearly too small from the outset, and the state-created system in which they were to function has never come close to being adequately funded.

All of that would not justify taking another action that also has not been fully considered or paid for, a plan to open up a legal campsite for those still without shelter to assemble.

So many homeless people have been setting up camp along the Jordan River and other spots around the city that Salt Lake City Council Members Alejandro Puy and Victoria Petro-Eschler have embraced an idea to have the city set up and supervise a campsite for the homeless.

Such campsites are going to exist whether the city likes it or not, the idea goes, so it is time to face the facts that there is not nearly enough affordable — or, given the skyrocketing rents in the areas, deeply affordable — housing available and something else will have to take their place. So, advocates say, it would be better for the city to manage such a site rather than tolerate them until they become so filthy that they have to be cleaned out, at no small public expense.

Mendenhall is not among those supporting the sponsored campsite idea. She doesn’t see it as something that would really solve the problem. It would certainly be something that would be very difficult to pick a location for, and would then become an expensive proposition for, presumably, the city to monitor, manage and keep clean.

The mayor has been pushing other ideas, including a village of tiny homes to be built in cooperation with the Other Side Academy, a nonprofit that helps rehabilitate homeless people.

Mendenhall also objects to giving Salt Lake City all the responsibility for dealing with the homelessness issue. And, while the city can never shake the fact that it will always be the preferred destination for people seeking shelter, the mayor is also right to point out that the city deserves more assistance from the state.

When he was lieutenant governor, supposedly the point man on the matter of homelessness for the state, Spencer Cox refused to pony up the money the new resource centers obviously needed. Later, as governor, Cox did propose a state budget with $228 million for housing, of which the legislature approved only a piddly $58 million.

Were he to become mayor again, Rocky Anderson would also have to develop a skill he did not previously demonstrate — the ability to sweet talk the Legislature into doing things and spending money to benefit Salt Lake City.

The answer to homelessness is housing, affordable, deeply affordable and, in the case of people suffering from drug addiction and mental illness, supported by case managers. It will require local and state dedication to creating population density and deals with developers to fund affordable neighborhoods.

It will always fall to the mayor of Salt Lake City, whoever that may be, to lead those efforts. But unless the mayor has the support of the state and its finances wherewithal, those efforts will fall short.