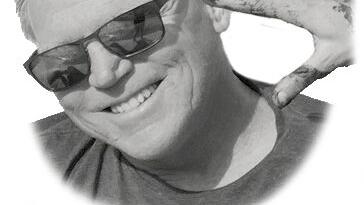 Skinner: Melting and Meandering on the Green River | opinion

Usually at this time of year I am down in the center of the universe doing an inventory of the bottom of the world and beyond. Some Indians considered the confluence of the Colorado and Green Rivers to be a sacred and central place.

I’ve found that the best way to approach this place is on a drifting boat, slowly from upstream. If you are careful with this system you will be properly grounded and prepared to take the center of the universe into your heart. Following the confluence is Cataract Canyon, a dramatic stretch of the Colorado River dotted with rapids that lead to the heartbreak of now-beleaguered Lake Powell.

For 21 years, I’ve made it a priority to get to the center of the universe. I watched the reservoir slowly slide back, down, down, down. This slip has revealed many hidden rapids that I used to simply swim over without realizing. It’s going to be right down there.

That year my trip to the confluence was mugged due to broken circumstances beyond my control. As a consolation, I was able to get out on the Green River through Desolation and Gray Canyons last week. This heavily regulated, 84-mile licensed stretch of river is coveted by many western boaters – I haven’t been lucky enough to get a permit out there for at least a decade.

The river meanders through one of the largest roadless areas in the lower 48 states and once you’re on a boat the real world melts and meanders away in a real rush. Thankfully, there isn’t a cellular service down there that forcibly relieves all attendees from staring at smartphones while some of the most breathtaking landscapes pass by.

The road to the launch site in Sand Wash is notorious for being a camp hitter, but as luck would have it, the road had just been serviced and we drove to the boat ramp with ease. On the dirt road we passed hundreds of oil rigs and boreholes and pipelines and infrastructure. The USGS estimates that up to 1.3 trillion barrels of oil could be stored in the lap of the nearby rock formations. If this is exploited, it will likely require a large amount of water from the poor little Green River, which is supported many miles upstream by the Flaming Gorge Reservoir.

Desolation Canyon was one of many regions explored and named by Major John Wesley Powell during his epic river journeys in 1869. We followed in his footsteps and marveled at the many geological and historical wonders that line the canyon. Native American Fremont Indians worked on this waterway before Powell showed up with his barometers and sketch pads. Their presence remains in the form of rock carvings, which have been preserved despite almost 2,000 years of sun, rain, wind and spheres from the new world.

Petroglyphs leave behind mysterious clues from a not so old time, which are largely unchronized and easily misinterpreted. The Fremont tribe was named after the Fremont River in Utah, which was named after the American explorer John Charles Fremont. Doesn’t seem right, but that’s how they are identified in this largely white world.

Other strange and ironic identifiers pop up on the left side of the river, which is in the Ute Reserve and is closed to boaters. Firewater Canyon comes to mind as one of the side canyons that are probably overdue to be renamed.

Signs at the ranger station warned that bears and mountain lions should be in the area, but we did not see any of these fearsome beasts. We saw several “slow moose” (cows), as Edward Abbey would call them, wreaking havoc near the vaulted toilets that river runners are supposed to use at the jetty. It struck me as strange to have to pay hundreds of dollars for the privilege of turning my boat across the green without a trace, but cattle are welcome to stomp and smudge anything they touch on the open stretch.

The desert canyons and the expansive night sky humiliate most visitors. The wind makes you appreciate when it stops. And desert rain is always welcome, but can present its own challenges to soft, milk-fed explorers used to the comforts of home. Some people cannot imagine being outside for a week.

My time with beavers, ravens, herons, eagles, deer and lizards was well spent. It wasn’t until I unloaded the boat at Swasey’s Beach near the town of Green River that the real world collapsed again. The first vehicle I saw was a large pickup truck with an oversized Confederate flag in the rear. I imagined these guys firing their assault rifles at rock art and history. Leaving the river is known as re-entering, but this one was a rude awakening.

On the way home, roadside signs warned of possible flash floods and closures in Glenwood Canyon. The more things change …

Steve Skinner hopes you can find some time on the river. Reach him at [email protected]