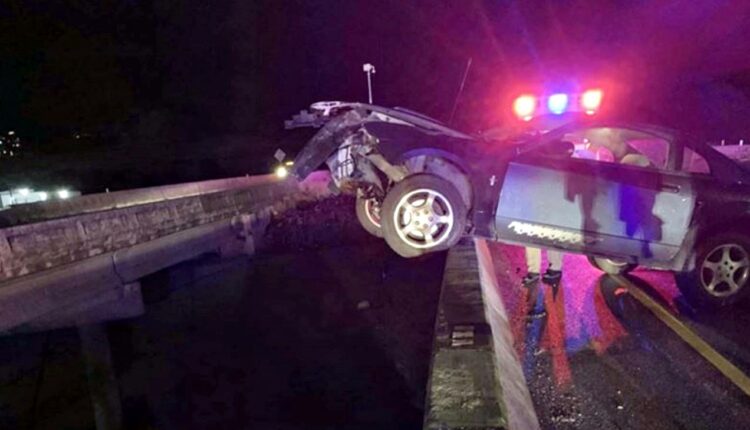 WEBER COUNTY, Utah, Nov. 6, 2022 (Gephardt Daily) — A driver on eastbound Interstate 84 suddenly found himself facing north when he lost control of his car on an overpass over US 89.

“As we continue to get rain and snow over the next few days and temps continue to drop. Be careful as you are on the roadways.”

Provided photos show a car partially suspended on the I-84 side barrier, with front wheels hanging over the edge.

No one was injured, according to a South Weber Fire officials who spoke Sunday with Gephardt Daily. A tow truck was used to pull the partially suspended vehicle back onto the roadway.

“Thanks to all the agencies that come together in instances like this for all the support.”

A Family Death During the Holidays Prompts Questions and Reflection