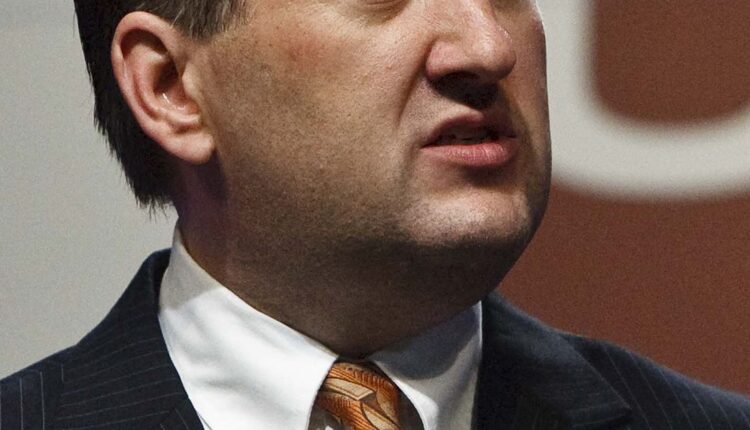 A special district that oversees transportation in Uintah County repeatedly violated the Utah Open and Public Meetings Act — at times to cut out some board members from decisions about pay for the agency’s director, a new state audit says.

The report by the office of State Auditor John Dougall also found the district likely violated open records laws, may not be maintaining required independence from Uintah County government and has inadequate controls over some finances.

The audit released Wednesday comes after Adam Massey, executive director of the Uintah Transportation Special Service District, was placed on paid administrative leave Sept. 11 and was asked to turn in his keys.

The report complained that three of the district’s five board members put Massey on leave the same day that auditors planned to start their probe on site, and that “made it more difficult for the office to obtain needed documentation.”

“Ultimately we were able to get hold of documents,” Dougall said in an interview. “Hey [Massey] tried to cooperate. But you can imagine if your computer is taken from you, and we’re asking for documents that are on the computer, it’s hard for you to give them to us.”

The district was set up in 1988 by Uintah County to overseas use of the local share of federal mineral lease royalties for transportation. By putting that under the independent control of that district’s board, the county avoided a decrease in federal payments-in-lieu of taxes for services provided on public lands.

The Vernal Express newspaper has reported that local leaders are fighting about whether to retain Massey. Dougall said his audit was launched after complaints by some county commissioners and a board member about the district’s finances.

The district board agreed in its written response to the audit that it sometimes “has failed to comply” with the law and vowed to follow the statute in the future.

• In May 2015, three of the board’s five members signed an employment agreement with Massey. Final terms were not discussed in an open meeting, nor was the agreement voted on by the full board as required.

• In November 2016, the board chairman approved a pay schedule for the director that included a $14,500 commission for grants he procured or oversees, plus a 1 percent pay increase — without review required by the full board.

• In May 2017, three board members met to discuss payable accounts issues, but not the full board. Auditors said it was not a chance meeting by the three, and was by design.

• The audit also said action by three board members to place Massey on paid leave just before the probe by state auditors also likely violated the open law meetings.

The report said “board members claim that particular actions were administrative” and did not need to occur in a public meeting. “We find these justifications baseless.”

Auditors also said the district may have violated open records laws, including failing to designate a records officer and provide proper training.

The audit noted that recently the board chairman himself handled a request for all texts between himself and two board members. He denied some of them, saying they were personal, and others, saying they were subject to attorney-client privilege or involved imminent or pending legal action.

Auditors questioned the legality of that move, noting the requested texts did not involve legal counsel as a participant, and they found no evidence of imminent or pending litigation. Also, the denial noted that any appeal would come back initially to the same chairman who made the denial.

A written response from the district said it now has designated a records officer and plans to provide training.

Auditors raised concerns about whether the special district is sufficiently independent from Uintah County government on decisions about funding of projects. It noted that the district board should not include county commissioners, but websites show that County Commissioner Brad Horrocks is also on the district board.

The audit also said the district lacked adequate control of credit cards and pay for the executive director. It noted that a $4,200 bonus for Massey was not approved in an open board meeting. It said Massey cashed out paid time off in 2016 and 2017 apparently without board approval.

Auditors also questioned what it called high payments for travel and meals within Uintah County by the executive director. For example, it said that $5,646 he billed in 2016 “seems excessive, and the current board has make changes to limit the amount of mileage reimbursement expenditures in the district.”

Phone calls by The Salt Lake Tribune to Massey and other district board members seeking comment went unanswered Wednesday.