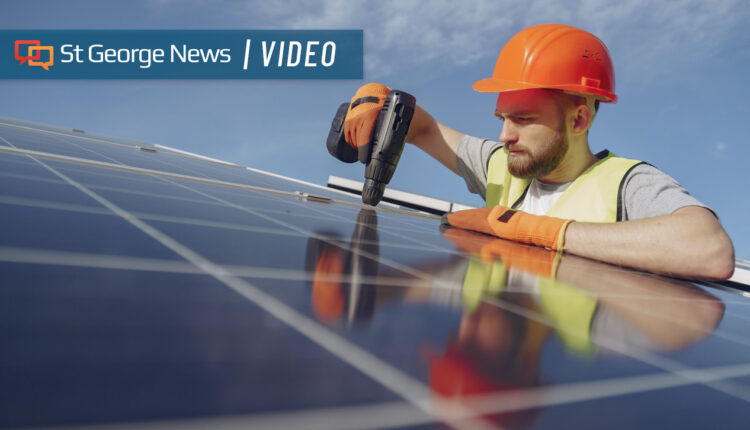 ST. GEORGE – Springdale has committed to more renewable energy by joining Utah’s Community Renewable Energy Agency. The Southern Utah town units with 18 cities and counties across the state to launch the initiative to work with Rocky Mountain Power.

The program features a goal of net 100% renewable energies, which means matching electricity consumption with renewable generation connected to Rocky Mountain Power’s system. The Community Renewable Energy Act defines renewable energy resources as sources that are “naturally replenished,” including wind, solar, geothermal, and hydroelectric, according to the Utah 100 Communities organization’s website. This also means the development of other clean energy technologies like demand response, energy efficiency and energy storage that will fill the gap between when renewable energy is generated and when it is consumed.

The Community Renewable Energy Program said on its website that it will match 100 percent of participating customers’ annual electricity consumption with renewable generation supplied to the Rocky Mountain Power system grid no later than 2030, the Utah 100 Communities organization’s website.

“I want people to understand we’re not going out to every individual residence and saying, ‘Hey, can you think about where you might have solar panels? On your roof, or anything like that.’ That’s not what we’re looking for,’” Randy Aton, Springdale Town Council member, said. “We’re looking for a commitment from each community that their residents and businesses are in favor of this. Springdale will participate in this statewide program.” 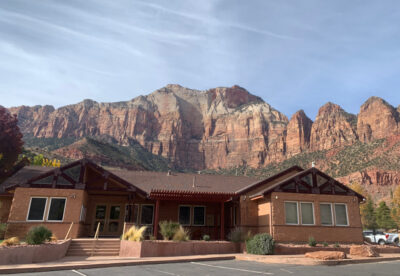 According to the website, the Community Renewable Energy Program hopes to tighten the gap that is likely when attempting to hit net-100% renewable electricity for participating customers.

The program is still under development, but Rocky Mountain Power’s energy mix is ​​forecast to be only 50% renewable by 2030. This program would help “close the gap” by supplying the remaining 50% from renewable energy resources.

If many towns are involved in renewable energy such as wind and solar, then fewer resources would be needed to achieve the net 100% goal for participating customers, according to the website.

Aton said the program allows Rocky Mountain Power to cut back on fossil fuel plants, which will cost more in the future.

“Not only because the price of fuel has been going up, but because the emission standards that they’re going to have in the future means those plants are going to cost more to run,” Aton said. “So what our program does is not only put more renewable resources into the grid, it allows them to retire some of these older units that will be costing them more money.”

Anto said joining the program was a natural fit due to his discussions with residents about climate change concerns, water supply challenges and more. He said the town’s general plan dovetailed into the program that received public input.

“It is very much wanting to do whatever we can to reduce the impact that we’re having,” Aton said. “We are obviously right next to Zion National Park, which certainly colors the way we think about things in our community. And I think is indicative of what drew many people to this community to begin with.”

The topic of the program came up in past council meetings to make residents aware of it and that it fits with the General Plan. Overall, Aton said the response has been positive, and the mayor of Springdale agrees.

“We applaud the efforts of the group and our Town representatives to move this initiative forward,” Barbara Bruno, Springdale mayor, said in an email statement.

Participating communities include Castle Valley, Ogden, and Kearns. The group, also called the “Utah 100 Communities,” was created in response to HB 411. The 2019 bill, called the Utah Community Renewable Energy Act, created a way for communities to create a renewable electricity program.

“The Town of Springdale is honored to be included in the Utah 100 Communities and is committed to the use of renewable energy,” Bruno said.

Stephanie DeGraw is an award-winning journalist. For 25 years she engaged in journalism, broadcasting and public relations. DeGraw worked for the Salt Lake Tribune, Associated Press and The City Journals. She was a reporter for a CBS television station in Twin Falls, Idaho. She graduated from Weber State University with a Bachelor’s Degree in Journalism and Broadcasting.

Watch: Still Paying Off Bills From Twins’ Birth. The Kids Are 10 Now.