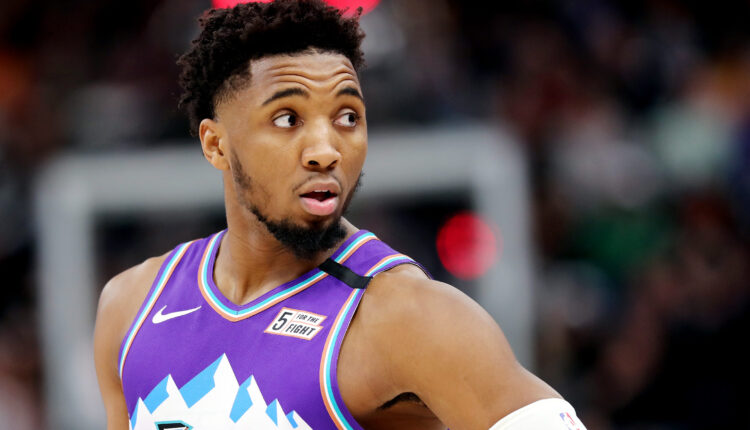 SALT LAKE CITY — A store in Salt Lake City bearing the name of Donovan Mitchell will be getting a new sign.

The sign at the front of the store proudly displays Mitchell’s name next to his Spida logo.

The Stance store has had a partnership with Mitchell for years.

And there’s even a special corner in the back dedicated to the Jazz star. It includes a pair of signed shoes, a jersey and family photos donated by Mitchell’s family.

“Donovan would come in like almost every Christmas eve,” said store manager Michael Nielsen. “It started out with a casual ‘hey what was it like being drafted? That’s so cool.’ To like, ‘What’s new, Michael? How you been?’ And just catching up with each other and just kind of fun stuff like that. “

A pair of bright yellow shoes were brought to the store by Mitchell’s mom.

“Nicole actually stole from his closet and just brought them into the store one day. And we just started putting them on display.”

What’s next for the merchandise?

The store will now work to donate the shoes in the display case to local kids. That’s what they’ve done with signed merchandise in the past.

“A a couple of weeks ago a specific kid came into the store after a treatment of chemotherapy. And we were able to hook him up with a pair of Donovan’s shoes, just because that’s their wishes,” Nielsen said.

The partnership was started to help Mitchell connect with the local community.

“It really showed with our guests day-to-day like ‘oh, we love Donovan. How can we relate to him here?’” Nielsen said. “And it’s rad, because we had like game-use memorabilia that kids could like look at. And kind of compare their own shoe sizes to their heroes. “

Stance plans to continue supporting Mitchell, but the special corner and the sign on the front will be going from the store downtown.

Vernal one dies after falling through ice at Steinaker Reservoir