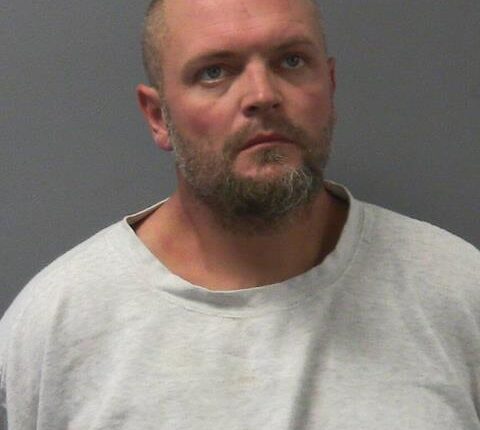 In the early morning hours of Sunday, December 18, Mesquite Police officers responded to a residence in the area of ​​Riverside Road and Moss Drive for a report of a pickup truck that crashed into a brick fence. The caller stated that a male, dressed in dark clothing, had fled from the accident scene on foot while officers were en route.

Responding officers quickly set up a perimeter to locate the driver. A registration check of the truck showed it was reported stolen from Mesquite in November, and officers had previously identified the suspect in the theft as Boyd Brooke. Brooke also had an outstanding municipal court warrant.

The truck was towed and later processed for evidence. Officers recovered a loaded .380 caliber pistol, burglary tools, and a license plate from a different stolen vehicle inside the truck.

A short time later an officer noticed Brooke in the parking lot of a nearby gas station and attempted to stop him. The male ran on foot from the officer, and multiple officers responded to assist. Brooke resisted officers as they caught him, but they were able to take him into custody without injury. A search of his person revealed he was in possession of 46 grams of methamphetamine and drug paraphernalia.

KHN-NPR’s ‘Bill of the Month’ at 5: A Treasury of Solutions for Confounding Medical Bills