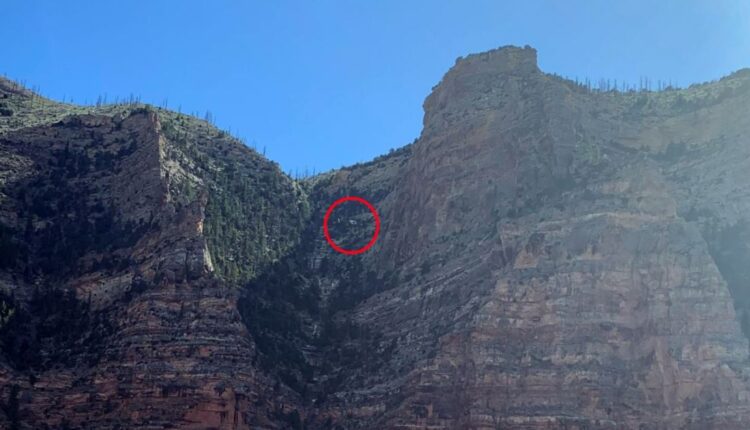 UINTAH COUNTY, Utah – A Utah man who fell while climbing in a remote area of ​​Uintah County was rescued Saturday after a group of campers heard his cries for help.

The 52-year-old man was climbing a slot in a cliff near Jones Hole National Fish Hatchery when he fell, hit his head, lost consciousness, and was stranded on the cliff.

He told the rescuers that he did not know how long he had been unconscious before he came to and called for help.

A group camped nearby – including a member of the search and rescue team from the Wasatch County Sheriff’s Office – heard his cries for help. They tried to locate it but were unable to do so due to the echoes from the cliff walls. At around 1:40 p.m., they called the central office to report what they had heard.

“The area he climbed is remote. You wouldn’t really expect anyone to climb there,” said Sgt. Dustin Cheshire said. “If it wasn’t for the camping group with a Search and Rescue member from Wasatch County who heard this guy scream and scream, it would be unlikely anyone would have found him.”

The Uintah County Sheriff’s Office Search and Rescue team responded, and with the help of a Classic Air Medical helicopter and the search and rescue team’s camera-equipped drone, they were able to locate the man.

A helicopter crew from the Utah Department of Public Safety was able to safely lift the man off the ledge. The man was flown to St. Mary’s Medical Center in Grand Junction, Colorado for treatment for head and leg injuries.

“Without the helicopters, we might still be working with ropes to get him off the cliff,” Cheshire said.