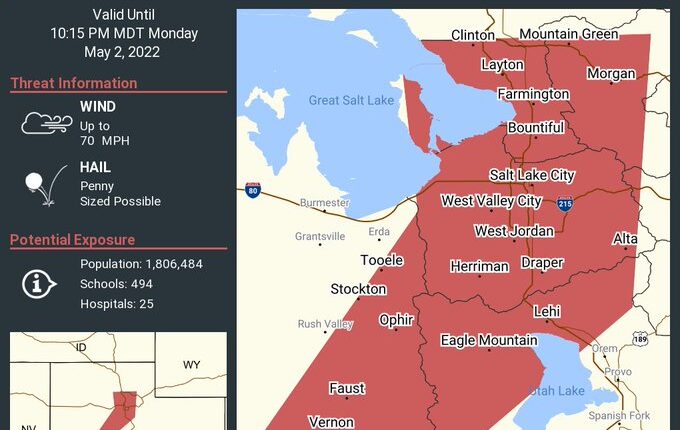 SALT LAKE CITY — The National Weather Service out of Salt Lake City issued a severe thunderstorm warning for Salt Lake and Davis counties through Monday evening at 10:15 pm Strong winds were associated with this storm.

The weather caused problems at Salt Lake City International Airport as many inbound flights were forced to circle the valley to allow the storm passed before they could land.

The NWS says the storm included wind gusts of 70 mph. Rain and lightning were not expected to be a part of the storm, according to the NWS.

Monday evening at about 9 pm, the NWS reported wind gusts of 63 mph at the Great Salt Lake Marina. Strong wind gusts were also reported along I-80.

Additionally, there were also more than 500 power outages reported due to the high winds, according to Rocky Mountain Power.