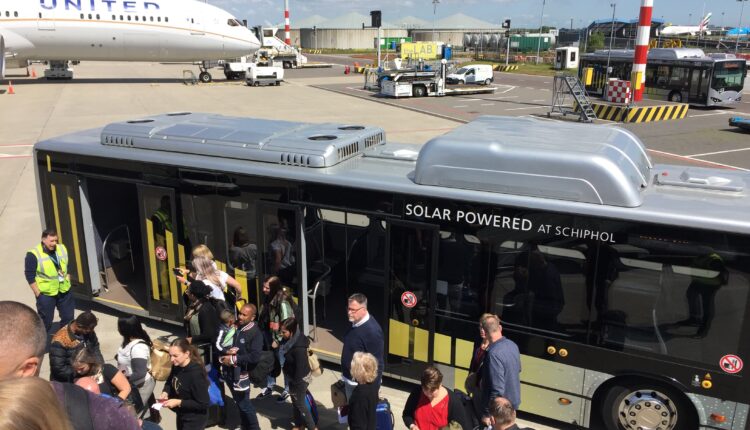 Figure 1: My mother Hanna Prusse, age 5, with her parents and younger siblings. En route to America. Tramp steamer Cassel. Circa May 10, 1913.

The golden spike on the transcontinental railroad was driven in Promontory, Utah, in the spring of 1869. My great grandmother immigrated from Switzerland to Utah in the fall of 1866. “We were among the first company of saints (Mormons) to travel in comfortable cars across the plains.” A few years earlier, she would have had to walk all the way from Saint Louis. Then she traveled by Oxcart to central Utah and moved into a one-room dugout in Mount Pleasant with her sister.

When my mother emigrated from Germany to Utah with her parents and 4 younger siblings in May of 1913, they traveled by train to Bremerhaven, took a tramp steamer to Galveston, Texas (see Figure 1), and took a train from Galveston to Salt Lake City

See the doctor’s son (my dad Arthur Hasler) courting the baker’s daughter (my mom Hanne Prusse) in the baker’s (my grandfather’s) red Packard automobile in 1930 in Figure 2. The first automobiles appeared before the turn of the century, but Henry Ford’s new mass production technology in 1922 is what brought the cost down where it rapidly took over transport from the horse and wagon.

Travel by train was the dominant method of long-distance land travel for my great grandmother’s (1866) and grandparents’ (1913) immigration, and for my newlywed parents (1932). The automobile didn’t take over much long-distance travel until the 1950s in the US with the buildout of the Interstate highway system, and aircraft didn’t until the 1970s with the mass introduction of jet aircraft travel.

Figure 5: Haslers (me on the right). SS Flandre. On the Hudson River leaving NYC for Atlantic crossing to Europe. August 18, 1954.

My father, Arthur, as a U.S. Army officer, flew across the Atlantic, landing in London on Victory in Europe Day in 1945 to join the U.S. Strategic Bombing Survey. See Figure 4 for the type of plane he flew in. Enlisted men were still crossing the Atlantic by ship. He drove south on Hitler’s Autobahn to Austria, where he met the future Nobel Laureate Professor Karl von Frisch. 10 years later, in 1955, my dad took our family — all 8 of us — from Madison, Wisconsin, to Munich, Germany, for a year when my dad was working with von Frisch. We drove east from Madison to New York City in our Nash Ambassador, partially on the first stretch of limited access highway in the US: the Pennsylvania Turnpike. We crossed the Atlantic by ship on the SS Flandre (see Figure 5).

When my soon to be wife, Mary, traveled to Europe in 1962, she crossed the Atlantic by 4-engine piston-powered aircraft similar to the ones my dad flew in 1945. Transatlantic flights were now competitively priced with ship crossings and took one day instead of 6.

By the time I took my wife and two small children for 6 months in Paris in 1975, we traveled by jet. In the ’80s, I was able to fly literally around the world with many stops on a NASA mission flying on Pan Am Boeing 4-engine 747 jumbo jets. When my wife, daughter, two granddaughters, and I flew to Sydney, Australia, in 2015, we flew 15 hours nonstop from LA across the Pacific on a twin-engine Boeing 777 jet. Almost all commercial jets these days are twins. We also did one of our Pacific crossings in a Qantas Airbus 380 as shown in Figure 6.

When I enrolled in mechanical engineering at the University of Wisconsin in 1958, all of us were required to purchase a K&E slide rule which would multiply, divide, and do trigonometric functions to two decimal places. Monroe mechanical calculators that only did addition, subtraction, multiplication, and division were available but were far too expensive and bulky for freshman engineering students. By the time I was in graduate school in 1963, we had the first digital calculator by Hewlett-Packard, about the size of a large microwave oven. It would also do simple programming.

One of main reasons I was hired to work at NASA in 1975 was to develop applications for its new $5 million AOIPS system shown in Figure 7. AOIPS was 100% digital and could show a 640×480-resolution black-and-white movie loop of 5 frames or one color image. Compare that with what I can do on my iPhone today. In my first year at NASA in 1975, I also had an $800 HP handheld programable calculator. My branch at NASA had Digital Equipment Company (DEC) minicomputers where two of them were just learning to talk to each other. I could do email with others on remote terminals, but the internet and worldwide communications and web were yet to come. When the internet and web browsing were in their infancy in 1990, I led a NASA effort to utilize the web for earth science outreach. One of the projects we funded was intended to investigate how to use the web to make money (LOL). There was no Google at the time, so the only way someone could learn your URL and thus find your website was through a publication like a newspaper or news magazine.

Commercial Behemoths that Were Brought Down by Technological Change

Everyone knows the story of Kodak, which was the king of film and photography. Kodak invented the first digital camera in 1975 but didn’t really follow up with the invention. I remember scanning my Kodachrome film slides and putting the digitized versions on Kodak CDs, but Kodak never made top-quality cameras like Nikon and Cannon, so they were limited to making very expensive digital backs for Nikon cameras. Bottom line: Kodak didn’t move quickly enough on the transition from film to digital and soon declared bankruptcy.

If you are old enough, you remember when Nokia flip-phones were king, and no serious business man or politician would be caught without a blackberry cell phone. I switched from a flip cell phone to a digital phone when I found that my flip-phone address book was limited to 100 entries. I remember driving on back roads of the South Island of New Zealand while talking on my rented cell phone to a technology vendor driving on the Washington, DC, Beltway. This would be a given now, but at the time, I was astonished! All the flip-phones and Blackberry phones became instantly obsolete when Apple brought out the iPhone in 2007, which combined a phone with an iPod music player, a camera, a movie camera/player, and a powerful computer. Cellphone technology soon became so dominant that I gave up my landline phones.

Currently, the photographs made by iPhones are so good that point & shoot camera sales have cratered and only high-end digital cameras with big zoom lenses have survived. Sales of consumer movie cameras have also been greatly reduced. When I was at NASA, all computers had CRT monitors. A 50” 2K plasma HDTV that would show my HDTV movies cost $8,000 at the time I retired from NASA in 2005. I now own three 50” 4K TVs which we use to watch movies in Wisconsin, northern Utah, and St. George, Utah. The quality is beyond my dreams and I am not even using the latest OLED technology. Each of my 50” 4K TVs cost $250 at Walmart. The monitor technology revolution was so overwhelming that computer and TV CRTs were put out on the curb where no one would bother to pick them up.

Hollywood movies used to be distributed on huge film reels that had to be shipped to the theaters and carefully monitored in case a film broke and had to be rethreaded through the projector. Now the whole library of current films is downloaded digitally to each theater by satellite and the theater buys a key (password) for the films it wants to show. The cost of converting every theater to digital was enormous, but the savings to the film industry not having to print and ship huge reels of film were even more enormous. The film industry bought each theater new digital projectors and computer systems which were then paid off over time as new movies were released. No movies are released now in film form.

Figure 8 shows the uptake of many technologies over the last 105 years. Taking the 30% to 90% uptake time period, we have the following roughly for each technology: from horse drawn carriage to automobile — 70 years, from telegraph and letter writing to telephone — 60 years, from ice box to refrigerator — 10 years, new technologies of microwave oven — 25 years, air conditioning — 15 years, color TV — 15 years, and more recently the cell phone < 10 years. In each case, the new or superior technology became widely used or replaced the inferior technology in relatively few years after reaching a tipping point. I expect the same rapid uptake for battery electric vehicles.

Your comments, corrections, and stories are welcome in the comments section. Be sure to read Part II about the uptake of battery electric vehicles.

Don’t want to miss a cleantech story? Sign up for daily news updates from CleanTechnica on email. Or follow us on Google News!

Have a tip for CleanTechnica, want to advertise, or want to suggest a guest for our CleanTech Talk podcast? Contact us here.

‘An Arm and a Leg’: When Insurance Won’t Pay, Abortion Assistance Funds Step In