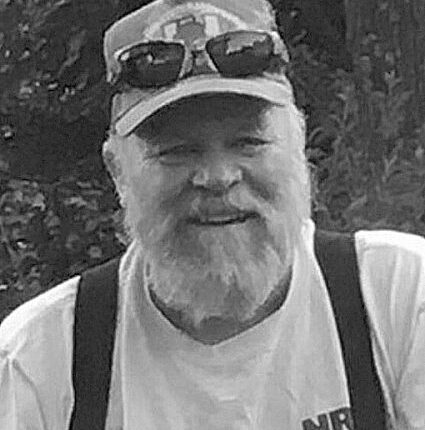 He was born on March 17, 1953 in Arlington, Virginia to the late Henry Ford and Glenna Marie (Judy) Ruddle. He was married to his ex-wife and mother of his children, Peggy Ann Bennett, for 35 years, who survived.

Mr. Ruddle was a strong and hard working man. During his life he had worked as a police officer in Fairfax County, Virginia. He had also worked for Daniel Construction at Dam in Highland County, Virginia, and Interstate Hardwoods for nearly 30 years. In his inspiring life, he was an avid hunter and enjoyed admiring the great outdoors, watching western movies, spending time with friends and family, and being a member of Latter-day Saints’ Church of Jesus Christ.

Terry was a generous man in his community where he was a volunteer EMT for the North Fork Rescue Squad and a scout leader.

In addition to his ex-wife, Mr. Ruddle has a daughter, Jessica Potter of Baton Rouge, Louisiana; one son, Zebulon Ruddle (Keristan) from Hendricks, West Virginia; three sisters, Sandra Ruddle Heal (Tom) of Provo Valley, Utah, Jane Ruddle (Mike Giles) of Circleville, West Virginia, and Pamela Moore of Mineral, Virginia; a brother, Paul Ruddle (Carmen) of Valdosta, Georgia; three grandchildren, Brooklyn, Tristan, and Ariella Ruddle; and several nieces and nephews whom he loved dearly and who had an incredible impact on their lives.

Besides his parents, he was preceded in death by a brother-in-law, William Moore; and two nephews, Richard Ryan and William Henry Moore.

Mr. Ruddle’s family will be welcomed to friends at Latter-day Saints Church of Jesus Christ in Franklin, West Virginia, Thursday, August 19, 2021, from 6:00 p.m. to 8:00 p.m. The funeral will take place on Friday, August 20, 2021 at 11 a.m. in the church, under the direction of Bishop Kyle Apple. The funeral will take place in the Ruddle Family Cemetery in Circleville, West Virginia.

Mr. Ruddle’s family would like to express special thanks to all of Terry’s carers and the great people who have been involved in his life.

The Newest Disease Detection Tool for Covid and Beyond: Poop