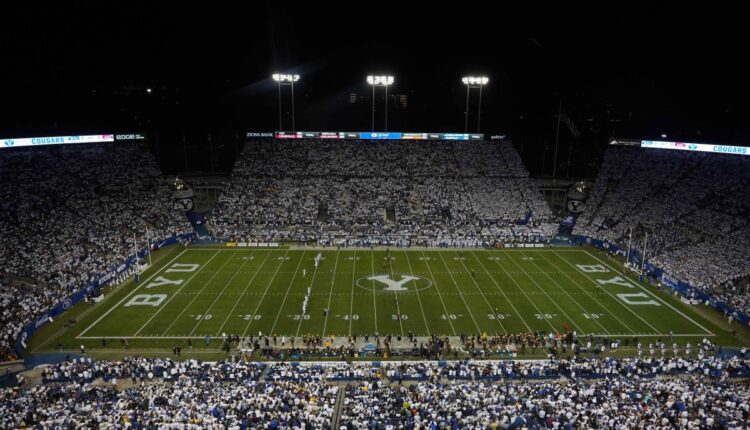 During the most recent evaluation period, BYU running backs coach Harvey Unga offered Texas running back Landen Chambers. After receiving an offer from the Cougars, Chambers wanted to visit BYU and learn more about the program. Chambers has an unofficial visit scheduled for next week, he confirmed to Cougs Daily. Chambers will be traveling to Provo with his Dad.

On what he is looking for during his visit, Chambers said, “I’m looking to see how the environment is and the team atmosphere and team culture.”

His size and physicality fit what BYU has has recruited at the running back position – he bounces off tackles and racks up yards after contact. He is a patient runner that sees the field well, and he also has the speed to go the distance. You can check out his junior highlights below.

Chambers’ recruitment has gained momentum since the end of last season. He racked up competing offers from Colorado State, Air Force, Tulsa, and Navy among others before receiving an offer from BYU. He is also hearing from a few PAC-12 programs like UCLA and Colorado.

Landen has known about the program thanks to former BYU wide receiver Margin Hooks. “I’ve known Margin Hooks since I was little and he played at BYU,” Chambers said on his relationship with Hooks. “He also helps me with my skills for my position, like change of direction and route running.”

The BYU offer is a significant one for Chambers since it’s his first Power Five offer, and it represents an opportunity to play conference games in front of his family. “BYU going to the Big 12 means if I go there my family will be able to see me play a lot more with teams like Baylor, TCU, Houston, Oklahoma State, and Texas Tech in the conference,” he said in an earlier interview with Cougs Daily.

What is an unofficial visit?

US Teachers Debate Guns in the Classroom

Despite a First-Ever ‘Right-to-Repair’ Law, There’s No Easy Fix for Wheelchair Users