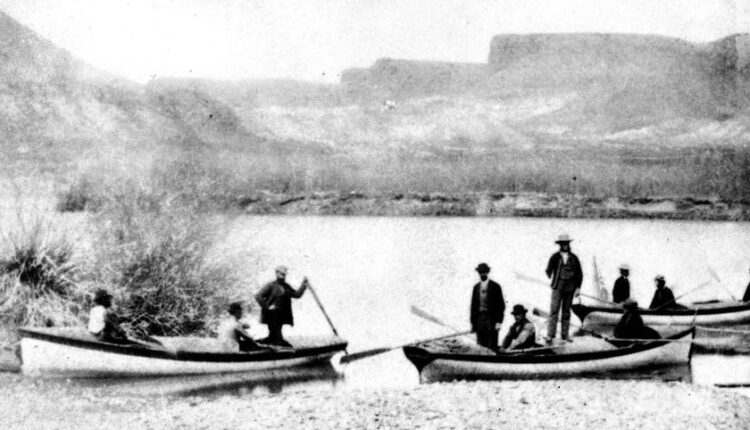 SWEETWATER COUNTY – In the spring of 1869, John Wesley Powell embarked on his first epic expedition to explore the Green River, Colorado River, and Grand Canyon from what was then Green River City. He led a team of nine men in four boats.

May 22nd marks the 150th anniversary of Powell’s second expedition launch in 1871, also from Green River.

The expanded exhibition shows more than 20 photographs of the 1871 expedition, which were particularly valued by historians as no cameras were taken on the first exploration.

The Sweetwater County Historical Museum has put together an expanded Powell children’s exhibition and painting competition. The deadline for submitting contributions is May 22nd. The winners will be announced shortly afterwards.

The picture of the one-armed Powell can be downloaded from www.sweetwatermuseum.org or rocketminer.com or picked up at the museum.

The age categories are 5 and younger, 6 to 7 and 8 to 10, with one entry per child. The winners will receive items from the museum’s bookstore and gift shop or gift cards.

The Sweetwater County Historical Museum is located at 3 E. Flaming Gorge Way in Green River. The museum’s opening hours are Tuesday through Saturday, 9 a.m. to 5 p.m. Admission is free.