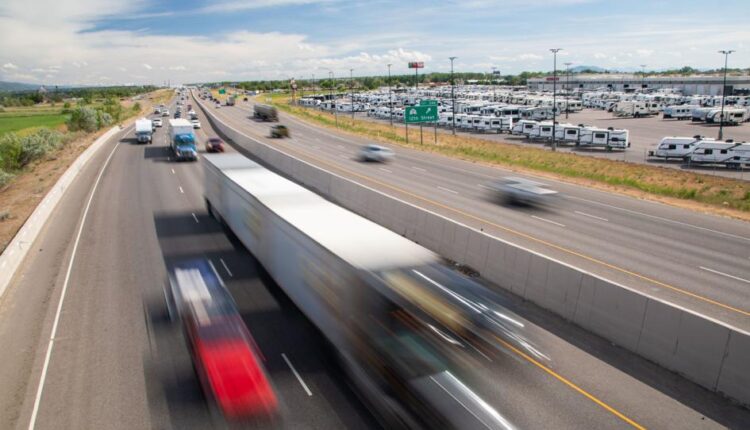 OGDEN – With a collective pent-up desire to travel after more than a year of COVID-19, Utah Department of Transportation officials say the roads are prepared for heavy traffic this holiday weekend.

UDOT spokesman John Gleason says the transportation department recommends drivers plan ahead for traffic delays along the Wasatch Front this Friday and Monday due to increased vacation travel on Independence Day weekend.

UDOT will put construction on most projects on hold over the weekend, Gleason said, opening all lanes to reduce delays. However, in some work areas, the ongoing restrictions will continue over the weekend if they are necessary to maintain safety or to start ongoing construction work.

Three of these projects are in Northern Utah.

Gleason said I-15 near Clearfield will continue to have lanes in both directions. The splits allow the crews to work in the central reservation of the motorway. The speed limit on I-15 has been reduced to 60 mph. UDOT is expanding I-15 to extend the Express Lanes in both directions between Layton and Riverdale. The construction work should be completed in autumn this year.

State Route 39 through Ogden Canyon continues to be reduced to one lane, with alternating traffic controlled by a temporary signal near the Mid Canyon Bridge between Ogden and Pineview Reservoir. Gleason said delays of 15 minutes or more are typical, so drivers should consider an alternate route for driving to Pineview Reservoir, Huntsville, Eden, and other Upper Ogden Valley destinations. The crews are rebuilding the Mid Canyon Bridge, and construction is expected to continue through the fall.

I-84 will continue to be reduced to one lane in each direction between Morgan and Henefer over the weekend. The restrictions apply 24 hours a day through July while crews perform road and bridge maintenance in the area.

For those traveling south, the SR 276 at Lake Powell, UDOT’s Lake Powell ferry connecting Bullfrog and Hall’s Crossing, is out of service because the water level is too low. Drivers should use SR 95 as an alternative. There is currently no expected date when ferry operations will resume.

Gleason also said that Utah national and state parks, as well as all outdoor recreation areas, receive more than normal visits. He said travelers should plan ahead for delays and heavy traffic on roads near such hotspots, particularly US 6 in Spanish Fork Canyon, US 191 near Moab, and SR 9 near Zion National Park.

Despite soaring gasoline prices, the American Automobile Association expects nearly 48 million Americans to travel on Independence Day weekend, which would be the second highest Independence Day travel volume of all time, after just 2019, according to the AAA. AAA says this compares to being based on last year’s numbers In 2021, 40% more people will take to the streets for the July 4th holiday.