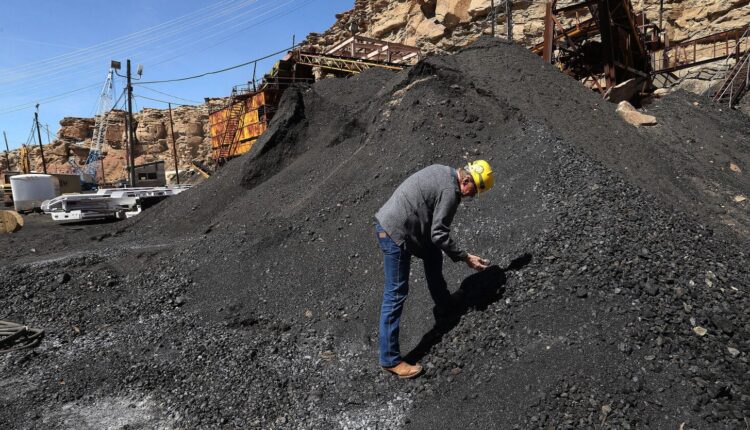 The price of coal is red hot. Can you cool your house this summer?

Energy is becoming a four-letter word for consumers across the country and globally.

The price of gasoline for vehicles is at an all-time high in some areas and increases overnight at the pump are not diminishing.

Natural gas prices hit a high not seen in 14 years and now coal is skyrocketing with the spot market up 40% this year and more than double than what it was last year.

CBS News is reporting that extreme heat this summer, drought, wildfires in the West could put some energy grids at risk for blackouts and Texas is already warning of looming rate hikes.

Hydropower generation at Lake Powell’s Glen Canyon Dam is being propped up by additional releases from Flaming Gorge to keep the lights on in California.

Coal, not hydropower: With coal prices and natural gas being the way they are, will Utah follow the way of Texas and start instituting rate hikes? Will consumers continue to feel the pain of escalating energy costs, but in a different way?

With all the global uncertainty around the commodity, such as Reuters is reporting, that may appear to be the destiny for Utah.

Rocky Mountain Power spokesman Dave Eskelsen tells the Deseret News that it is not Utah’s future.

The utility buys its coal via long-term contracts and does very little with the volatile spot market. Those prices are locked in.

“We have long-term contracts that are typically 20 years. Of course, at the Jim Bridger plant in Wyoming, we own that mine. So we’re able to control those costs reasonably well. And we don’t buy a lot on the spot market,” Eskelsen.

In Utah, the company gets most of its coal from the SUFCO mine and used to own its own mines until they exhausted their reserves.

Some critics of fossil fuel say the volatile nature of these prices should be the impetus to embrace more renewable energy, but this week’s executive order by President Joe Biden on solar panel components shows that industry is not without its problems.

Coal woes: US stockpiles of coal are at their lowest level in decades, and Reuters reported coal production fell to its lowest since the mid-1960s due to the pandemic in 2020.

In the United States, coal-fired power plants continue to be retired at a rapid rate. The Energy Information Administration says that electrical generation from coal declined 23% in 2021, which was down 21% for 2022 and is projected to drop to 20% next year.

Because the United States is using less coal, that will result in more on the global market, but it still won’t be enough to help the European Union, which is banning coal from Russia due to its invasion of Ukraine.