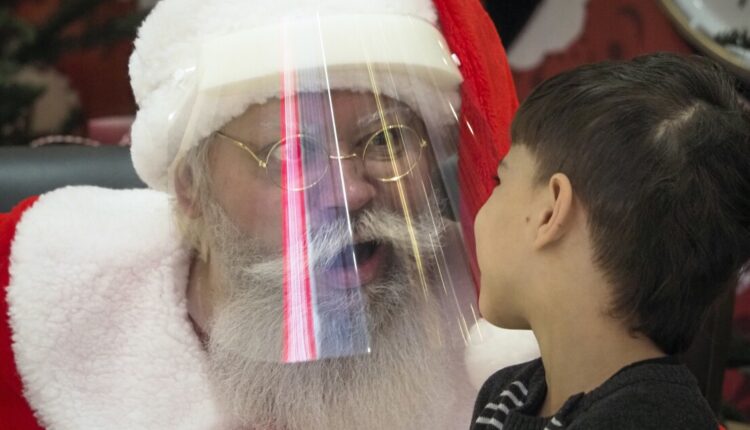 ONE Scared young Samuel Spencer appeared to be using sign language to signal “help” while sitting on a Santa’s lap at the Provo Town Center Mall in Provo, Utah.

The boy’s mother, Kerry Spencer, said she taught her son sign language as a toddler before he could speak verbally, the Sun reports.

Apparently suspicious of Santa at the mall, Samuel Spencer used sign language to signal “help” to his mother while the photographer prepared her for a picture.

“I was standing to the side when the picture was taken and actually didn’t see him sign for help until I saw the photo,” said Kerry Spencer. “The poor buddy didn’t really love Santa Claus. So after that we didn’t try to get him to leave. ”

Kerry Spencer has been posting the photo on social media for several years.

“We’re all laughing at the photo now. It’s one of our favorite family traditions, “she said. Samuel Spencer is now a teenager, and his mother said he and his sister were never fans of Santa Claus.

CLICK HERE TO READ MORE FROM THE WASHINGTON EXAMINER

Kerry Spencer also stated that her child’s sign language was “pronounced incorrectly” in the photo.

“Strictly speaking, his thumb should be pointing up, not to the side,” she said. “Babies learning to sign often pronounce words incorrectly, but it’s the sign he always made when he needed help.”